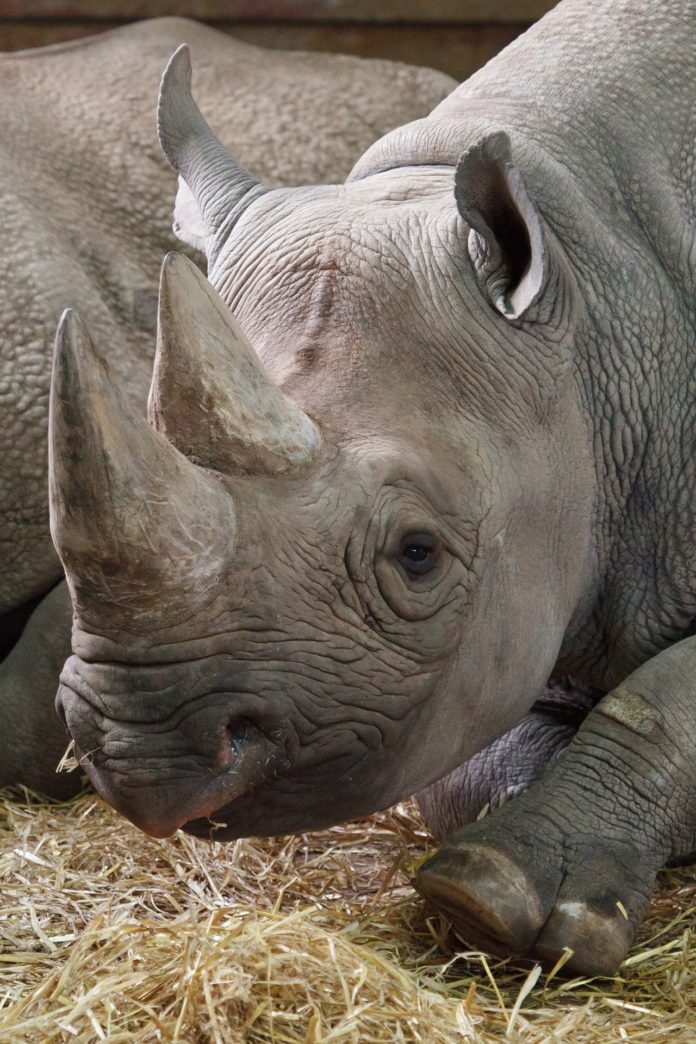 South Africa’s Department of Environmental Affairs (DEA), the Chadian Government, conservation non-profit African Parks and South African National Parks (SANParks) announced on Thursday the 3rdof May the commencement of an unprecedented international conservation initiative to reintroduce the black rhinoceros to the Republic of Chad. Through rare institutional cross-collaboration, an initial consignment of up to six black rhinos are being translocated by air over3,000 miles from South Africa to Zakouma National Park, a secure park in Chad managed by African Parks in partnership with the Government since 2010. The project is being undertaken to aid the long-term survival of the species on the continent and to contribute to restoring biodiversity as a national asset for Chad. While the country’s last black rhino was recorded in 1972, over the past seven years African Parks has implemented extensive measures to practically eliminate poaching in Zakouma, making it possible to reintroduce this critically endangered species after almost half a century of its absence, establishing Chad as a new range state for the species.

The Governments of South Africa and Chad signed a memorandum of understanding in October 2017 to enable the translocation of up to six black rhinos to Zakouma National Park in southern Chad with the aim of returning the species to the nation almost fifty years after its local extinction. Following two years of substantial planning to ensure the animals’ safety and wellbeing, on Thursday the 3 May, six wild black rhinos were moved from a holding facility in South Africa’s Eastern Cape to begin a 3,000-mile translocation by air to Zakouma. Following their arrival in the park, the rhinos will be released into specially built bomas (or enclosures) for a short period of time to enable close monitoring and acclimatisation before being released into a wider, intensively protected sanctuary.

The cross-continent translocation culminates in the return of rhinos to a country that is exercising a bold vision in securing its wildlife and natural landscapes, building a future in which biodiversity has a firm place in contributing to socio-economic growth for its people. “We are resolved to create a secure and prosperous future for wildlife and people, so that generations of Chadians can experience the benefits of healthy and intact natural landscapes. It is a mark of the strength of our partnership with African Parks and the transformation of Zakouma in to a secure sanctuary that we are now able to bring rhinos back to Chad where they will receive enduring protection.” Said Chad’s Ambassador to South Africa Sagour Youssouf Mahamat Itno. “Their reintroduction signifies an important advancement in the restoration of the park, furthering its potential as a conservation area to contribute through tourism to local economies and social development”.

Last year the Chadian Government signed an agreement with African Parks to expand their management mandate for Zakouma to include critical peripheral reserves and adjoining wildlife corridors, which was followed soon after by an agreement with African Parks for the management of the 40,000 km2 Ennedi Natural and Cultural Reserve, a World Heritage Site in the north-east of the country. The conservation of these important areas is possible because of the significant support of the European Union.

Chad used to be home to both the Western black rhino (a subspecies of the black rhino) and the Northern white rhino (a subspecies of white rhino). The northern white rhino disappeared from Chad several decades ago, and the last western black rhino was recorded there in 1972, after decades of poaching pushed both subspecies to local extinction. However, since African Parks assumed management of Zakouma in partnership with the Government in 2010, it has implemented rigorous law enforcement measures and extensive community programmes to secure the park. These efforts have practically eliminated poaching of wildlife, enabling its elephant population to grow for the first time in over a decade. Today, Zakouma has become a safe haven for some of the most important wildlife populations in Central Africa, driving its emergence as one of the continent’s most astonishing conservation success stories. While the threat of poaching is ever constant, security measures have been implemented specifically to ensure the ongoing safety and wellbeing of the rhinos in the park. A dedicated rhino ranger unit has been established who received advanced training to ensure the rhinos are well protected. In addition to Zakouma’s well-equipped law enforcement team, aerial surveillance and numerous other security measures have been implemented specifically for the reintroduction of rhino.

Fewer than 25,000 rhinos, of which approximately 5,000 are black rhinos, remain in Africa’s wilderness as a result of a devastating surge in poaching. Targeted across their range for the lucrative trade in illicit horn, rhinos are among the most threatened species on the planet. This translocation represents an urgent and valuable opportunity to expand the range and aid in the protection of the species.

“All too often, headlines on rhinos are about their demise as they teeter on the brink of extinction. However, today we are participating in an historic event and peering into a brighter future for this species which has persisted on this planet for millions of years” said Peter Fearnhead, CEO of African Parks. “Regional cooperation is critical if we are to give these iconic animals a future on this continent. Our collaboration with the Chadian and South African Governments and SANParks gives us a unique opportunity to encourage population growth, expand rhino range, and contribute to restoring biodiversity in Chad. The extraordinary gains made in protecting and revitalising Zakouma result from our partnership with the Government of Chad and their commitment to conservation, enabling this profoundly important reintroduction to take place and providing a truly hopeful story for rhinos across Africa”.

This historic translocation attests to an unprecedented cross collaboration between two African Governments to improve the long-term conservation of the critically endangered black rhino on the continent, and to a national park in Chad where the restoration of biodiversity and robust security are enabling wildlife and people to thrive. It is a story of hope for a species that has become the icon of a global conservation crisis.African Parks reintroduced rhinos to Rwanda growing their range in Africa in 2017, within a year extending it further with Chad becoming the twelfth country in which they occur.