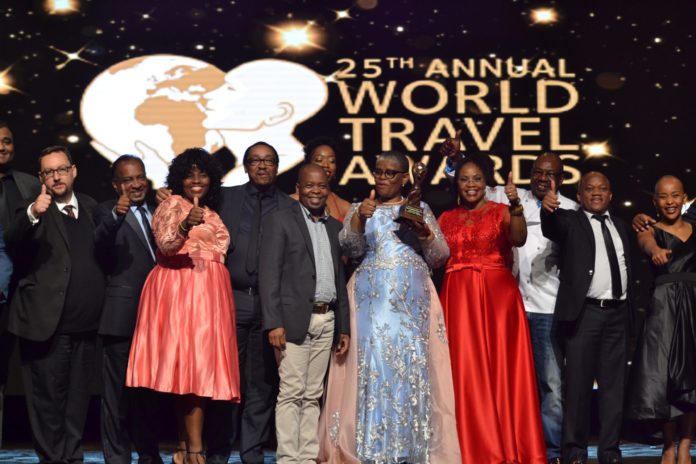 Travel brands in Africa and the Indian Ocean have been honoured at the World Travel Awards ceremony held at the Durban International Convention Centre in Durban, South Africa on 7 October.

Graham E. Cooke, Founder & President, WTA, said: “The Durban ICC has reinforced its standing as a world-class entertainment venue on what has been a magnificent evening of travel industry triumph, as well as a highlight of our 25th anniversary. We have had the privilege of recognising the leading hotels, airlines and hospitality providers from across Africa and the Indian Ocean and my congratulations to each of them.”

The ceremony marked the sixth leg of the WTA Grand Tour 2018 – a series of regional events to acknowledge the world’s outstanding travel brands. Events on the tour include Ras al Khaimah (United Arab Emirates), Athens (Greece), Hong Kong, Guayaquil (Ecuador) and Montego Bay (Jamaica). The regional winners will progress to the Grand Final 2018, which is being hosted in Lisbon (Portugal) on 1st December.