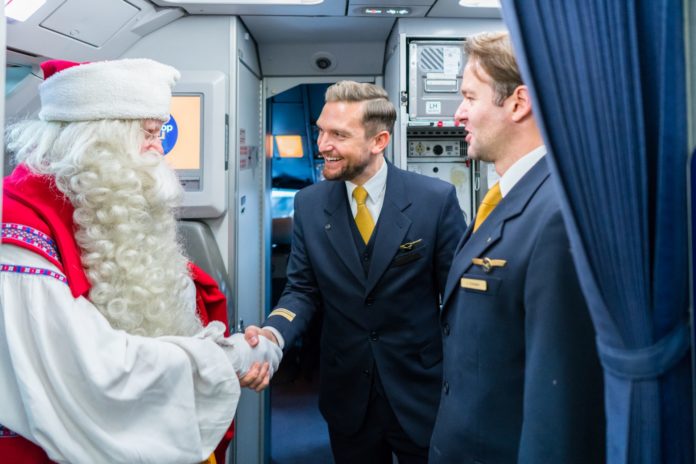 The holiday season is upon us, and irrespective of how you celebrate this season, a trip to Europe promises to be absolutely festive. The Lufthansa Group this year takes a look at one of the most exciting experiences of the festive season – European Christmas markets. From Cologne and Geneva to Zagreb, this December, travellers can sip hot gluhwein, gobble gingerbread and shop for handmade gifts at some of the most magical Christmas markets across Europe.

“There is nothing quite as festive and magical as a Christmas market – especially during the European winter season. Experiencing a cold (and hopefully snowy) Christmas is unusual for South African travellers, and promises to really bring the magic of the festive season to life,” comments, Dr. André Schulz, General Manager, Lufthansa Group, South Africa.

While there are many Christmas markets to be enjoyed throughout Europe, we have picked some of our favourites:

The world-famous Christkindlesmarkt or “Christ child market” in Nuremberg, southern Germany, is a tradition that has been around for more than 400 years. The world-famous market is officially opened by a Nuremberg Christkind from the Frauenkirche church balcony. From the opening day until Christmas Eve, the little town of wood and cloth will shine in the heart of Nuremberg’s Old Town, turning it into “Christmas City”. There are more than 180 decorated market stands – inviting shoppers to enjoy traditional Christmas ornaments of all shapes and sizes, the local gold-foil angel, “Zwetschgenmännle” made of prunes, DIY stalls, nostalgic merry go rounds and holiday treats to eat and drink. The fairy-tale of the Nuremberg Christmas Market is not only the Children’s Christmas market section but also the horse drawn carriages, which take shoppers for a ride across the market.

2. Cologne Christmas market at the foot of the cathedral

Germany’s Cologne Christmas market is held at the city’s the famous cathedral, between the Roman-Germanic Museum, the Cologne Philharmonic Concert Hall and the famous Dom Hotel. Close by are Cologne’s well-known shopping areas ‘Hohe Straße’ and ‘Schildergasse’. This old part of town has plenty of picturesque sights for travellers to enjoy, and the view in the evening when hundreds of lights illuminate Roncalliplatz is unmatched. Travellers can treat themselves to numerous sweet delicacies, watch artisans at work and enjoy mulled wine.

3. Replace picnicking with a stroll at the Geneva Christmas Market

The Geneva Christmas Market transforms one of the city’s most beautiful parks, the Bastions Park, into an enchanted wonderland. In the middle of abundant lights and scenery, there’s a path that leads shoppers directly to the Christmas village where they will discover crafts, delicacies and other wonderful surprises. With mulled wine in hand, typical dishes like “Bratchäs” (hot cheese and bread), “Aelplermagronen” (local pasta), fried ox (it is roasted a whole ox on a spit), “Apfelchüechli” (apple), shoppers will be in for lots of variety. The numerous activities in the Children’s Pavilion will keep the little one’s busy and warm. Visitors’ looking for Swiss traditions must be sure not to miss the fondue stalls; after all, what could be more welcoming than a fondue in an all-wooden chalet in the heart of a Christmas market?

4. Show off your folk dancing at the Basilica Christmas market

The Basilica Christmas market in Budapest, Hungary, is one of the most popular Christmas markets in Europe. Apparently, Santa Claus himself goes shopping at the Advent Feast at the Basilica, which features modern elements such as flash mobs, a wide range of the best Hungarian contemporary hand-craft products, monumental light shows that give a new dimension to the façade of St. Stephen’s Basilica, and the popular folk dancing. Travellers can also treat their ears to the sounds of beautiful performances inside the breath-taking Basilica (Advent Organ concerts, choirs, charity concerts, etc.).

5. Get your skates on at the Zagreb Christmas market

The Zagreb market is voted one of the best Christmas markets in Europe. Not only is the Croatian capital city a festive winter wonderland with their annual ice skating rink, but they also host a stunning Christmas market perfect for the early birds as well as the last minute shoppers. Travellers can look forward to seeing high quality crafts, twinkling candle lights, colourful displays, festive food and drink, a friendly atmosphere, and even concerts and choirs.