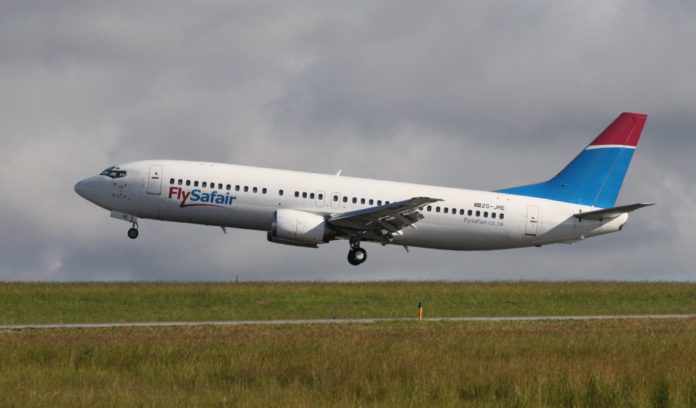 “A strengthening rand means that we will be able to offset the increase in oil prices for a little longer than we would have with a stagnant or weakening currency,” says Kirby Gordon, Head of Sales and Distribution.

This is particularly good news in light of the 2018 Global Travel Forecast, conducted by the GBTA Foundation in conjunction with Carlson Wagonlit Travel, which last year predicted that air travel would rise by as much as 7% in some regions across the world in 2018.

“Contrary to international trends, domestic passenger numbers in South Africa in 2017 exhibited no growth against 2016’s figures, but the local market continues to be characterised by strong and healthy competition, which plays an important part in keeping costs down,” Gordon comments.

This notion was solidified by FlySafair’s initial entry into the domestic market. At the time Travelstart reported price decreases of as much as 39% on some of the routes which FlySafair operated.

Gordon adds that FlySafair’s mission has always been to make flying more affordable and put more people in the skies. However, the price is heavily dependent on the oil price, and by proxy the rand to dollar exchange. Favourable trends in the local oil price are good for everyone because it means that competition will remain healthy, which in turn keeps costs down.

“That’s why it’s so important to us that our service is excellent, our on-time performance is spot-on and that our schedule and route network are both convenient and operationally efficient, because it’s these factors that will keep people flying,” concludes Gordon.

South Africans can still enjoy quality and affordable air fares from FlySafair, and have the option to save money by opting in