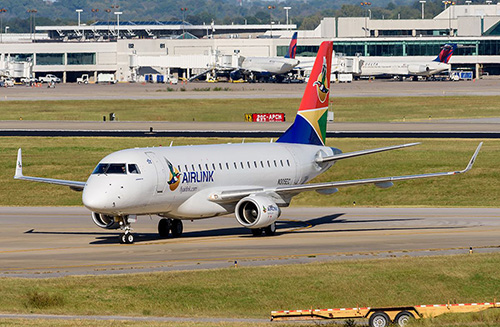 Effective 6 May, Airlink will launch direct flights between Johannesburg and Port Elizabeth.

The cabin layout features two plus two abreast seating, with large eye-level windows allowing in lots of natural light and ample overhead bin space to accommodate carryon items. Every seat offers either a window or an aisle option. The E170 E-jets are configured with 6 business and 68 economy class seats. Airlink will make use of air-bridges at OR Tambo to facilitate quick and convenient boarding, adding to the enhanced passenger experience.

Benefits for Airlink travellers include Voyager Miles and convenient seamless connections with SAA and its partner flights.