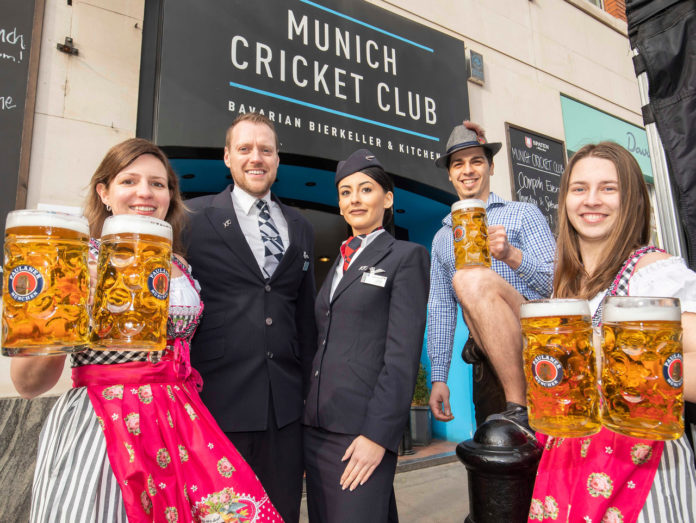 As well as its beer heritage and annual Oktoberfest, Munich is also famous for its culture and is home to 18 world renowned museums and arts venues. The largest delicatessen business in Europe, Dallmayr, which is also one of the best-known German coffee brands is located in the city, alongside many other top European companies.

Munich is also a gateway to some of Bavaria’s most beautiful sightseeing routes, including palaces and castles, and the ski slopes of the Bavarian Alps are just under an hour’s drive away,

This year British Airways has also increased frequency to Berlin from the Docklands airport to 18 return flights a week.

Luke Hayhoe, British Airways’ general manager commercial and customer, said: “Germany is such an important destination for both business and leisure customers, so the addition of Munich to our schedule has been welcomed by everyone who flies from London City. With well-timed frequent flights there are plenty of options for customers who either want to do a day trip or stay for longer.