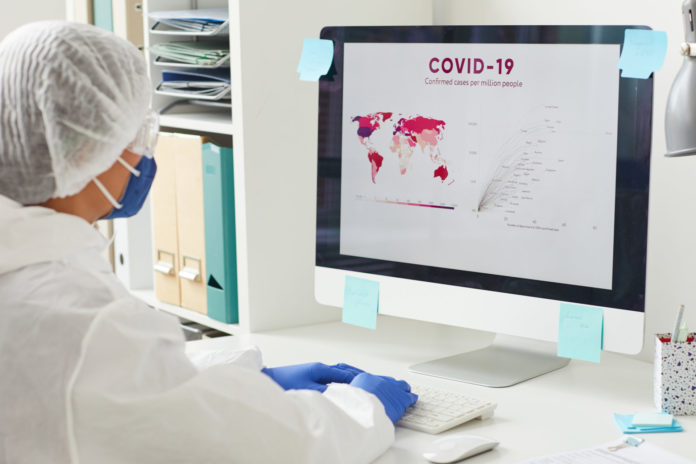 The British Government’s decision to keep South Africa on its red list apparently due to “small levels” of the Beta variant has led to wide-spread disbelief and frustration amongst scientists and the business community in South Africa.

The Acting UK High Commissioner to South Africa told media that the Joint Biosecurity Centre had decided to keep South Africa on the red list mainly due to the potential of the Beta variant to evade vaccine protection.

The British High Commission reveals a shocking level of ignorance about the pandemic in its host nation, responded David Frost, CEO SATSA. “No infections from the Beta variant have been seen in South Africa in the past three weeks. It has been completely displaced by the same variant circulating in the UK, that is Delta.”

Frost says reviewing this should be one of the key priorities of the new UK High Commissioner who starts this week. “We trust that the new High Commissioner will expedite the meeting between scientists in the UK and South Africa so that once and for all we can eliminate this erroneous belief that a Beta variant in South Africa poses any risk to UK citizens.”

In any case, says Frost, fears over vaccine evasion by Beta have already been challenged by

real-world studies now showing that the Oxford AstraZeneca vaccine provides an 82% protection against hospitalisation or death from Beta after just one dose. This is estimated to rise to 95% after two doses.

In a briefing to SATSA in August, Emile Stipp, Chief Health Actuary for Discovery Limited, declared that the position of the UK authorities in keeping SA on the red list was untenable. He said at the time that Beta had essentially disappeared in South Africa, hence it could not be introduced to the UK from South Africa.

“Even if Beta was introduced into the UK from elsewhere, and we assume that vaccines work which is what our data is showing us, the reproduction rate of Beta is half of what would be required for it to spread effectively with such a high percentage of the UK population being vaccinated,” said Stipp.

If vaccines didn’t work, he said, Beta would be spreading all over the UK because the variant had been sequenced in the UK before and 80% of the population would have been vulnerable to it. “The clear conclusion is that vaccines must work otherwise we would have seen it spread.”

The British government cites case numbers, genomic sequencing ability and the presence of variants amongst the criteria it considers when reviewing which countries to take off the red list.

Levels of vaccination in countries was removed from the list of criteria, yet it is still cited as a factor when politicians are asked to comment on why South Africa remains on the red list.

The inconsistencies in this latest round are beyond belief, say scientists.

Professor Shabir Madhi, Dean of the Faculty of Health Sciences and Professor of Vaccinology at the University of the Witwatersrand, called the removal of some countries while maintaining South Africa on the red list “unfathomable”. He highlighted that South Africa had higher levels of vaccination, lower case numbers, and higher rates of surveillance for variants than some of those removed.

His concerns over “the lack of transparency in decision-making” is a view echoed by Professor Marc Mendelson, Infectious Diseases Professor at the University of Cape Town.

The issue about consistency extends to the comparison of South Africa to other countries that have come off the red list.

“South Africa has uploaded close to 7000 coronavirus sequences to the GISAID database between June-August. Egypt and Oman, two of the countries removed from the red list last week, uploaded just 9 and 88, making any analysis of circulating variants in those countries impossible.

“Only Turkey, had acceptable numbers of sequences for analysis. In comparison, 1.6% of Kenya’s population is fully vaccinated as opposed to South Africa which is 20% of the adult population fully vaccinated and 30% either fully or with some protection from one vaccination. In Pakistan, just over 10.6% have been vaccinated,” he said.

“South Africa is one of the leading countries on sequencing and that’s how we found the Beta variant in the first place. The lack of consistency in the British government and their decision making really seems beyond belief and we want some answers,” he said.

The decision to keep South Africa on the red list of travel from the UK is “really unscientific”, says Professor Tulio de Oliveira the bioinformatician who identified the Beta variant.

Tweeting his views following the announcement, Professor de Oliveira highlighted the advanced nature of South Africa’s genomic surveillance (more advanced than many of the countries not on the red list) and said that the variants in both countries are the same (99% Delta in South Africa and 99% Delta in the UK).

He confirmed that a paper would be released shortly, indicating that Delta had been completely replaced by Beta in South Africa and that all South African data was made publicly available at GISAID.  He added: “The UK has exported more infections out of the country that South Africa (Alpha variant spread more than Beta) and more Delta was widely exported from the UK.”

Vaccines administered in Africa not recognised

In a further blow, the UK announced it would not recognise vaccines administered on the continent of Africa for travel into the UK; with the UK High Commission to South Africa stating that the issue was not the vaccines themselves but related to recognition of South Africa’s vaccine certification.

The UK’s travel policy is sending a terrible message to the developing world after donating 100 million vaccines to COVAX, the international effort to distribute vaccines to poorer countries.

“If the UK truly wishes to project its values and principles as ‘Global Britain’, it should start by addressing its own discrimination towards Africa. The emergence of the Beta-variant, which precipitated the addition of South Africa onto the red list, has dissipated and been replaced by Delta, the same variant which dominates in the UK. If the UK’s traffic light system is to have any integrity, it must be consistent, transparent, evidence-based, and non-discriminatory,” concludes Professor Madhi.