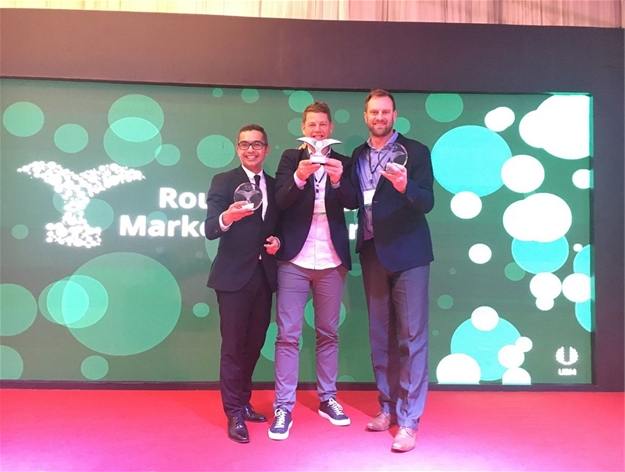 The three awards are:

This unique public-private collaboration’s key objective is to land more direct routes into Cape Town International Airport. Since its inception in 2015, it has succeeded in landing 13 new routes, and 17 route expansions, adding over 800,000 one-way seats into the airport.

Wesgro CEO, Tim Harris, congratulated Cape Town International Airport, the Cape Town Air Access team and all partner organisations on this outstanding achievement. “Just three years ago, we set out to establish Cape Town as an international airline hub on the African continent. With over 13 new routes landed since then, we are well on our way to achieving this objective. It simply would not be possible without the collaborative efforts of all our partners, and I use this occasion to thank you for your contribution to air route development in the Cape.”

Deidre Davids, Senior Manager: Corporate Affairs for Cape Town International Airport added: “Awards of this nature are key for helping to position Cape Town as world class. The growth we’ve seen through the Air Access initiative has been exceptional – 17 route expansions and 13 new routes are incredible. As an airport we are gearing up to ensure that we are able to meet the demand of this growth through an our planned infrastructure development programme”.

“We are committed to continuing to deliver quality service amidst all of this growth and our intended expansion programme. Well done to the Cape Town Air Access team” continued Davids.

It is estimated that these routes have helped contribute an additional R4 billion in tourism spend to the Cape’s economy. It has also helped boost trade, with Cape Town International Airport registering a 52% increase in cargo between 2016 and 2017. This is more than any other airport in South Africa.

Reflecting on this achievement, the Executive Mayor of the City of Cape Town, Patricia De Lille said: “This award is a testament of the City of Cape Town and its partners’ commitment to building a world-class city in Africa where people live, work, play and invest. It shows that we must continue to take our work to the next level by letting the world know we are open for business.”

The Western Cape Minister of Economic Opportunities, Alan Winde concluded: “Air Access is one of the biggest success stories of Project Khulisa and it is no surprise that the team has garnered international recognition for their hard work. By increasing the number of direct flights to Cape Town, Air Access is not just helping to grow jobs and opportunities in the tourism industry but direct flights also link the economies of countries and promote trade. We congratulate the team on these awards and look forward to seeing the fruits of their work translate into a stronger economy which can sustain more jobs. We also congratulate the team at Cape Town International Airport who are doing sterling work to ensure that visitors have a world class experience from the moment they step off the plane in Cape Town.”