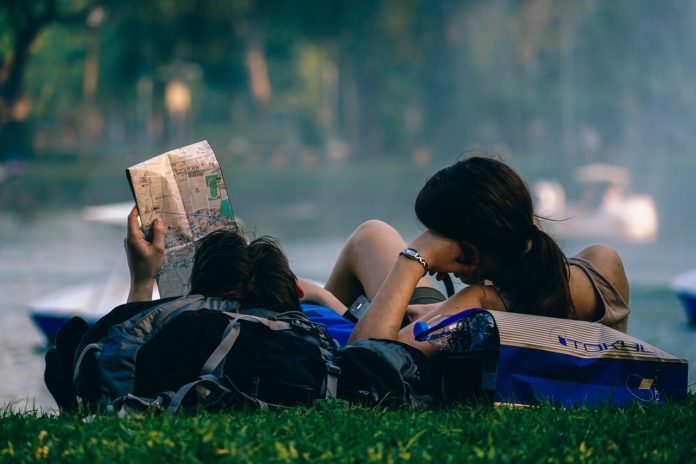 It’s one of the most sought-after tourist markets in the world, and certainly one of the largest. The Chinese are taking billions of trips annually. Yes, that’s right… billions. And Africa appears to be right up their alley, if a recent survey conducted by Travelzoo is to be believed.

The Travel Trends Survey indicated a record number of Chinese respondents – more than 60% – plan to travel in-depth in 2018, with Africa moving up to first place as the top in-depth travel destination Chinese travellers hoped to visit in 2018, dethroning ever-popular Japan and Australia.

Among those African destinations cited as most popular were Morocco, Tunisia, South Africa, Namibia, Tanzania and Madagascar, according to Travelzoo. Largely because these destinations have relaxed their visa requirements for Chinese nationals.

According to research firm Forwardkeys, since 2014, over a dozen countries have changed their visa rules to encourage Chinese tourists to visit. In the six months following the relaxation of visa requirements, arrivals in Morocco increased 378% and Tunisia up 240%.

Chinese citizens require visas to travel to most African destinations, with visas on arrival available in several African countries, including Mozambique, Tanzania and Gabon, among others.

Outbound travel from China has grown 270% since 2008 and is forecast to reach 200 million departures by 2020, according to the Chinese National Tourism Administration (CNTA).

Africa is seen as a hugely exotic and desirable destination, says Brad Glenn, Managing Director, The Inside Edge, a DMC based in Durban.

“As more Chinese gain experience and confidence in travelling to destinations like ours, the more it stimulates the demand and drives organic growth. More suppliers and establishments accepting Union Pay (to provide easy banking for Chinese visitors in South Africa), which also benefits them in terms of the ease with which they can travel and transact.”

There no denying the potential of the Chinese market for Africa, with visitor numbers to South Africa increasing by 38% in 2016, at exactly 137,144, and over 10,000 a month, says Bradley Brouwer, South African Tourism Asia Pacific President.

In 2017, Chinese tourist arrivals to South Africa declined 17%. Says Brouwer: “Although the number of Chinese visitors for 2017 was recorded at 97,271, the total revenue reached R 1,401,438,043 with a 30.3% increase, so even with a dip in visitors, the Chinese market remains a core strategic market for South Africa.”

In addition to requiring visas and airlift, a further constraint to tourist arrival growth is “bad news”, says Laurens van den Oever, CMO Forwardkeys. “If a destination’s image becomes tarnished, they are swift to go elsewhere.”

“Visas and legislation regarding minors have been a major challenge for the Chinese visiting African countries like Botswana and South Africa,” says Glenn.

Perceptions of safety and security, and the threat of disease like Ebola, are further constraints to Chinese inbound travel to Africa, even if Ebola-affected destinations are nowhere near those African destinations they plan to visit.

“Incidents where Chinese travellers have been targeted by criminals gets extensive coverage in their national media and negatively deters potential travellers,” Glenn adds.

Chinese tourist numbers are still substantially lower than tourists from other locations, but it’s important for African destinations and inbound DMCs to be proactive and understand this evolving market, so that they can benefit in the near future, he says.

The UN World Tourism Organization says the destination and local tourism suppliers should prepare for an influx of Chinese tourists who have their own travel habits and customs.

Before entering the Chinese market, destinations should evaluate whether their local services and infrastructure is ready and prepared to receive Chinese tourists; “China ready” is not a simple slogan but rather it points out to the capacity of the destination to meet the demand.

“Building trust and strong relationships takes time and investment. Having a Mandarin-speaking staff member is also essential and the ability to turn requests around quickly is paramount,” concludes Glenn.

The scope of the Chinese market: who are they?

The days when Chinese tourists were entertained by merely sightseeing and shopping are long gone, says Yoyo Huang, Associate Publisher at Travelzoo in China. “The middle class in China are now seeking unforgettable experiences at their own pace when they travel.

“The destinations that offer rich culture and nature should expect many more Chinese visitors, so we’re confident in our prediction that 2018 will see Africa secure its place as the fastest-growing popular destination among avid Chinese travellers.”

As China’s outbound tourism market matures, many experienced Chinese travelers are thinking “been there, done that” about a typical worldly shopping spree, adds Brouwer.

“A growing number of travellers are no longer heading abroad for the first time, and so we now see a move from traditional group tours to independent travellers seeking out unique experiences at their own pace.”

According to a study by the UN World Tourism Organization, Chinese tourists are becoming more sophisticated, with increasingly diverse and individualised demands.

Chinese millennials make up the bulk of Chinese outbound tourism and FIT market and have demonstrated some unique characteristics:

1. They perceive travel as more for enjoyment and gaining an authentic life experience than as purchasing a product;
2. Chinese millennials love to share. Tourists born in the 1980s enjoy showing off among friends the local food and wine they have tasted, while the 1990s generation mainly enjoys posting selfies through social media;
3. Chinese millennials demand their products and services be “smaller, faster and more flexible”, which translates into more personalized, mobile, convenient and efficient;
4. The millennials love shopping and value the freedom of self-expression inherent in creating their own styles; and
5. Internet is an indispensable part of their outbound travel. They are the forerunners of mobile applications and revolutionary payment methods.

Brouwer also adds that China’s Millennial generation is increasingly looking for more immersive experiences that others may not yet have tried. African experiences like wildlife safaris, whale and dolphin watching around the coast, close-up encounters with Great White Sharks, UNESCO World Heritage Sites, golf, great-value shopping and dining experiences as being a major drawcard in his opinion.

Peak visiting times are around Chinese New Year in January/February, and between May and June when the Chinese take their annual holidays, and during the annual national golden week holidays in October.