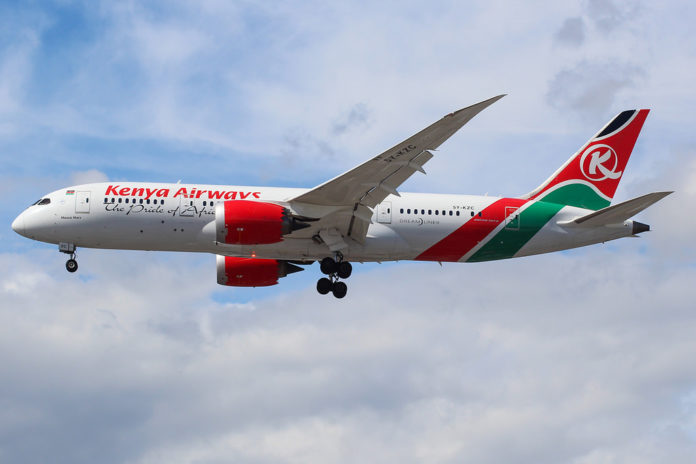 In a strategic move, Kenya Airways could soon merge with the Kenya Airports Authority (KAA) in an effort to aid the airline’s recovery and cement Nairobi’s status as a regional transport hub.

A policy paper seen by the Business Daily and which got the Cabinet’s approval last week, it says the aim of the merger is to reposition the airline as its rivals, including Ethiopian Airlines and Emirates Group, which have relied on government backing to expand their reach.

According to Business Daily, the move also appears to be in reaction to the financial difficulties the carrier has continued to experience.

“Should matters remain in the current state, the airlines, the biggest revenue driver for JKIA, may collapse or significantly reduce operations within the next year and JKIA will downgrade and eventually be relegated to the status of a regional airport as no foreign carrier will develop JKIA for the benefit of Kenya,” the airline and the KAA said in a proposal document to the Cabinet.

Through a public-private partnership (PPP) that could be signed by September, Kenya Airways will take over all the staff and operations of the KAA in a move that will at once expand the range of its services to include ground handling, maintenance, catering, warehousing and cargo. It is also envisaged that a special economic zone will emerge around the country’s main aviation hub, JKIA.

The government is further expected to support the joint venture by exempting it from certain taxes and allowing it to retain several levies as part of the plan to stop financial haemorrhage at Kenya Airways and bolster JKIA’s status as an East African aviation hub. KQ chairman Michael Joseph, who helped craft the plan, told the Business Daily that finer details, including the new entity’s corporate structure and its implications on the airline’s shareholders, will be worked out in due time.