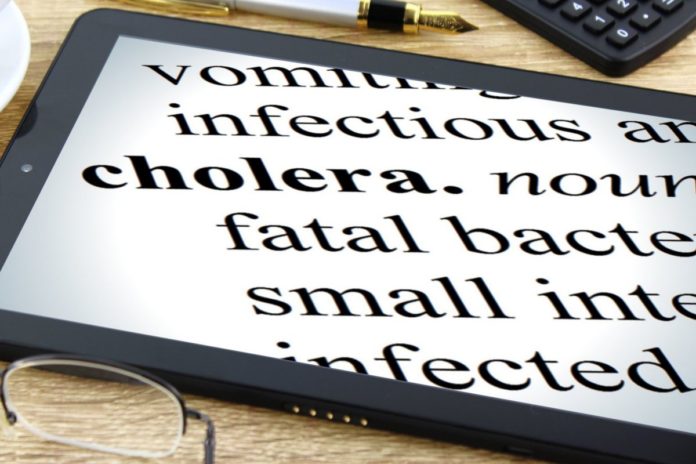 A cholera outbreak has killed 12 people and may have infected at least 134 others in the northeast Nigerian state of Adamawa, a medical official has confirmed.

Reuters quoted the official as saying that: “So far 12 people have died from the disease and there are many more cases.”

“We have little manpower to deal with an outbreak of such magnitude,” said Ezra Sakawa, medical director of the general hospital for Mubi, the town where the disease has struck, adding that nurses were on strike.

A senior official at the state health ministry Bwalki Dilli, also told the News Agency of Nigeria that the ministry with the support of other partners like WHO had set up a 24-hour treatment centre at Mubi General Hospital.

He urged the public to be on alert and observe personal and environmental hygiene, adding that the state emergency operation centre had dedicated toll-free telephone lines for reports and enquires on health emergencies.

Further to the Reuters report, the outbreak comes days after the World Health Organization (WHO) announced its collaboration with the Nigerian government on precautionary measures at various seaports, land borders, airports and other entry points to prevent the Ebola virus from entering Nigeria.

The conflict has spawned one of the world’s largest humanitarian crises, with millions of people displaced and in need of aid to survive.

Those conditions are ripe for any outbreak of disease, such as cholera or Ebola, to be deadly on a wide scale, humanitarian workers say.