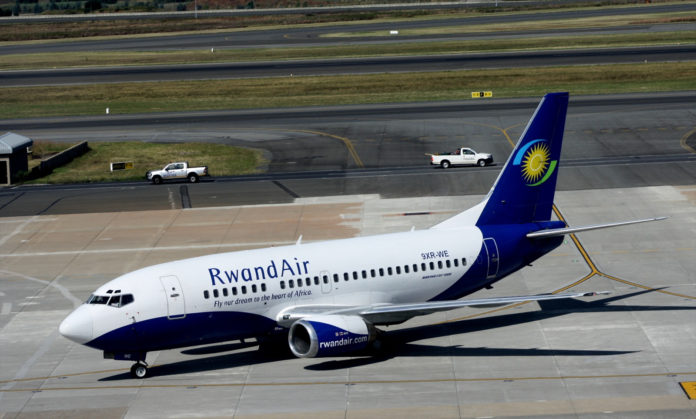 The agreement was signed on 22 May between Jean de Dieu uwihanganye, State Minister in charge of Transport in Rwanda’s Ministry of Infrastructure and Ninsao Gnofam, Togo Minister of Transport at the ongoing 4-day ICAO safety symposium in Kigali.

Ultimately, the agreement will enable Rwanda’s National carrier Rwandair and Togolese Asky Airlines to fly to and from Kigali and Lome respectively with a minimum of one stopover, benefiting passengers doing business between the two regions.

“We see this agreement as an opening for our landlocked country which will open more opportunities in investment, at the time when we have increased our flights on the continent,” said Gatete.

With over 60 BASA agreements now signed by Rwanda, RwandAir may add to its 26 destinations other 22 routes plied by Togolese carrier in West and central Africa, under this agreement.

The signing of this agreement brings the number of African countries that have accepted to open their airspace to 25 out of the 54 countries on the continent.

“Our intention is to implement the open airspace agreement and this deal will enhance the current agreements that promote trade on the continent. Rwanda is leading this aspect and we want to be part of it,” said Togolese minister Gnofam.