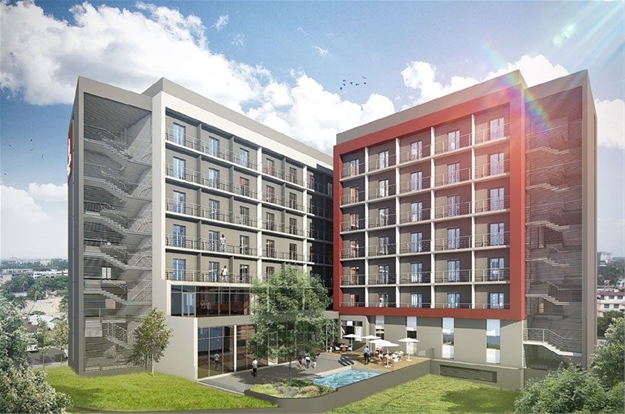 The City Lodge Hotel Group on 15 February released its interim financial results, showing that average occupancies for the group in the six months to 31 December 2017 declined to 63% from 66% in the previous interim period.

While occupancies in Botswana were on a par with the previous year, Kenyan occupancies, throughout the period, were severely affected by the disruption caused by the country’s election and subsequent re-run of the election. In South Africa, occupancies were down two percentage points to 64%, as a result of the depressed business and consumer confidence levels. In the Cape Town area, occupancies remain good albeit that occupancy in the October to December quarter was slightly weaker, partly due to the severe drought in the Western Cape. This trend has continued into 2018.

Total revenue decreased by 0,5% to R787,1 million, benefiting from a slightly below inflationary increase in room rates and a small first time contribution from the 147-room Town Lodge Windhoek, which opened its first 45 rooms in early October and was fully operational by mid-November.

Due to the group’s development of City Lodge Hotel at Two Rivers Mall in Nairobi, an Investment Deduction tax allowance of 150% of the cost of the building can be claimed on completion and sign-off by the Kenya Revenue Authority. This will lead to a zero tax charge for the entire Kenya operation until such time as the allowance has been fully utilised. This will be available for the current financial year if sign-off is achieved by the end of June.

After taking the unrealised foreign exchange movements into account and in line with the group’s policy of paying out 60% of normalised headline earnings, a gross interim dividend of 253,0 cents per share has been declared, 7,0% lower than the previous year.

The group had deposits of R46,3 million with Chase Bank, Kenya, when it was placed into receivership in April 2016. The carrying value was impaired by 50% in the 2017 financial year and the balance reclassified as other investments. The Central Bank of Kenya announced that a sale agreement had been concluded with State Bank of Mauritius on 4 January 2018. It was further announced that depositors would have access to 75% of their deposits, with 37,5% being available from the
effective date and the balance of 37,5% in three equal annual instalments. There has to date not been an announcement of the effective date and as such no adjustment has been made to the impairment charge.

Development activity
South Africa
The 62-room extension of City Lodge Hotel at OR Tambo Airport is on track for completion towards the end of May. This will take the hotel’s capacity to 365 rooms. Earthworks have begun for the development of a 158-room Town Lodge in Umhlanga Ridge and planning is at an advanced stage for the development of the 90-room Road Lodge in Polokwane, both of which were previously announced.

Southern Africa
The development of the 148-room City Lodge Hotel Maputo in Mozambique is expected to open in July.Following the opening of all the above developments, the group will have 63 hotels in six countries in East and Southern Africa, offering a total of 7 995 rooms.

Occupancies at the Kenyan operations have shown good signs of recovery in the first six weeks of 2018. In South Africa there have been encouraging signs of improving sentiment and meaningful political change that could boost the economy,these have however yet to translate into noticeably stronger trading. It is expected that the group will be an early beneficiary of higher levels of confidence.

The group has taken a number of proactive steps to reduce water consumption at its six hotels in the greater Cape Town area and alternative sources of supply are being investigated.