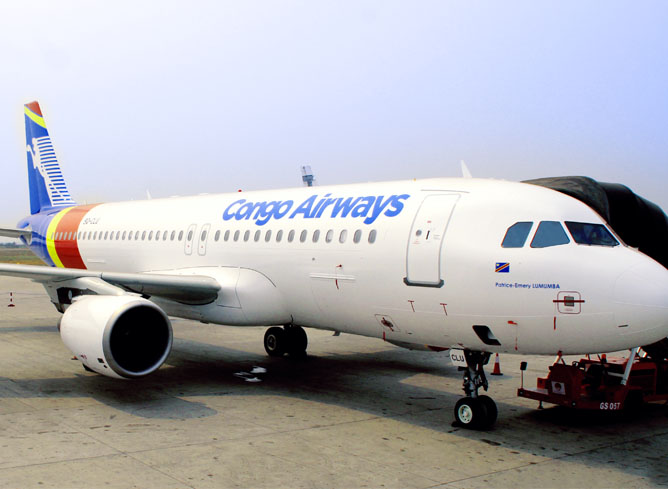 The national airline of the Democratic Republic of Congo (DRC) – Congo Airways – has announced that it will launch new flights between South Africa and Congo with immediate effect.

The flights from Kinshasa to Johannesburg will run three times a week, on Wednesdays, Saturdays and Sundays, on the two-year old airline which was launched in October 2016.

Congo Airways plans to launch flights to Cameroon, Angola and Dubai next. The airline is jointly owned by the DRC government and investors from the private sector.

The airline has an ambitious plan to operate a low-cost model, which will see it adding to its fleet of aircraft to service more destinations outside the DRC.

Congo Airways chief executive, Desire Balazire Bantu, said that it was a “proud achievement” for them to have their first international flight to South Africa as the DRC.

“My deepest gratitude goes to all of our stakeholders who have supported us towards making sure that our inaugural international flight promotional campaign as Congo Airways is a success. We hope that industry players in South Africa can work closely together with our Congolese partners to make the African Union agenda 2063 regarding the movement of our African people and goods successful.”

The launch of Congo Airway’s DRC-SA route follows the two country’s adherence to the Single African Air Transport Market (SAATM) which was launched last month on the margins of the African Union Summit in Addis Ababa, Ethiopia.

Jeanette Briedenhann
Jeanette Phillips joined the team in 2016. She developed a passion and love for all things-travel related in her role as travel journalist, a position she held for over seven years. A brief exodus into the corporate marketing sphere proved that there is no better industry than the travel industry. Research and writing are two of Jeanette’s greatest passions, but she is always open to new challenges and different ways of doing things.
Previous articleThree new cheetah cubs for Mapungubwe National Park
Next articleNew luxury tented camp to open Tarangire National Park