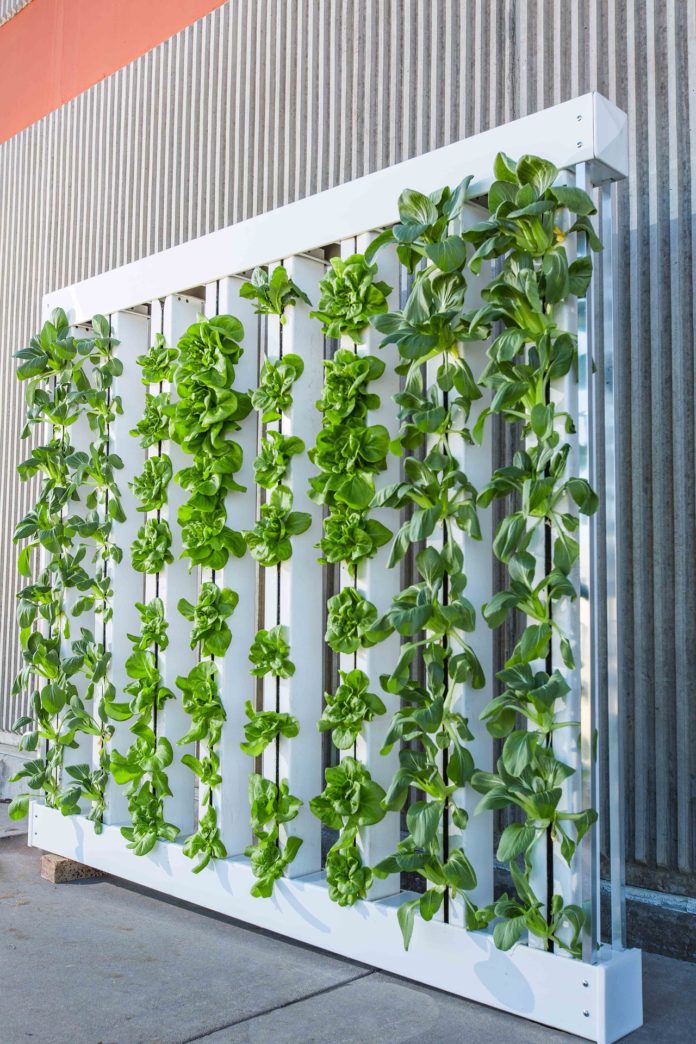 By 2020, flights taking off from the airport will serve greens and herbs grown from a more high-tech source.

EKFC provides catering for Emirates Airlines and all other airlines at Dubai International Airport, which is the world’s largest airport by passenger traffic.

Located in a Dubai, the 12,000m² indoor farm will produce more than 2,700kg of greens and herbs every day. Unlike traditional outdoor farms, Crop One grows crops year-round under LEDs (which mimic natural sunlight) located inside climate-controlled rooms, which are each set to optimal temperature and oxygen levels depending on the crop.

Instead of soil, greens sprout in nutrient-rich water beds on trays stacked from the floor to the ceiling. Sensors in the trays track how the plants are doing in real time.

The two companies will start construction in November 2018, and start delivering crops to Emirates Flight Catering’s customers, including 105 airlines and 25 airport lounges, in December 2019. Crop One currently operates a vertical farm in Millis, Massachusetts, and delivers to Boston metro area grocery stores under the Fresh Box Farms brand name.

The new farm in Dubai will surpass the size of the current world’s largest vertical farm, which is operated by AeroFarms. The facility grows greens inside a 6,400² warehouse in Newark, New Jersey. AeroFarms and other big indoor farming companies mostly sell their products to supermarkets, but Crop One believes greater opportunity may lie within airline partnerships.

According to Sonia Lo, Crop One’s CEO, airlines tend to have a more reliable demand than grocers.

“Airlines are attractive, because they give our farms anchor customers that have a predictable volume and price,” she told Business Insider. “Most vertical farmers can’t address the food-service market, because they simply can’t make money doing so.”

Lo is referring to the economic challenges that a number of vertical farming companies have faced in the US. (Panasonic and Google have abandoned vertical farming projects, and FarmedHere — once the largest vertical farm in the US — shut down last year.) Since vertical farms rely on large amounts of electricity from the LEDs, high energy costs can make it harder for them to compete in regions where cheap produce is abundant.

While many vertical farming companies depend on venture-capital, the majority of Crop One’s funding comes from private equity, Lo said.

Crop One could find more success abroad — but only if its new Dubai farm manages to scale as promised, lowering production costs. The company also plans to expand domestically in the US. In coming years, it will launch two farms in the Northeast and one in the Southwest, selling to nearby retailers and food-service customers.