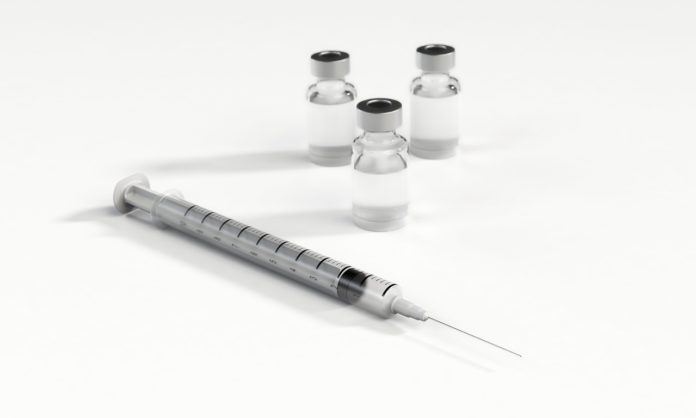 Health workers in the Democratic Republic of Congo have embarked on an immunisation campaign in an attempt to halt the current spread of the deadly Ebola virus.The experimental vaccine proved effective when used in limited trials during the epidemic which struck West Africa in 2014-16. Health workers will be among the first to receive the vaccine on Monday.

During the current outbreak at least 45 cases of Ebola have been reported, including three health workers. While the outbreak was initially centered around a rural area, the virus has since spread to the north-western city of Mbandaka, a major transport hub on the River Congo, where at least four cases have been confirmed. This has sparked fears that the outbreak could reach the capital, Kinshasa, as well as neighbouring countries.

However, following the 1st meeting of the Emergency Committee convened by the WHO Director-General under the International Health Regulations regarding the Ebola Virus Disease (EVD) outbreak on 18 May 2018, it was the view of the Committee that the conditions for a Public Health Emergency of International Concern (PHEIC) have not currently been met.

After discussion and deliberation on the information provided, the Committee concluded these key challenges:

The Ebola outbreak in the Democratic Republic of the Congo has several characteristics that are of particular concern: the risk of more rapid spread given that Ebola has now spread to an urban area; that there are several outbreaks in remote and hard to reach areas; that health care staff have been infected, which may be a risk for further amplification.
The risk of international spread is particularly high since the city of Mbandaka is in proximity to the Congo river, which has significant regional traffic across porous borders.
There are huge logistical challenges given the poor infrastructure and remote location of most cases currently reported; these factors affect surveillance, case detection and confirmation, contact tracing, and access to vaccines and therapeutics.

However, the Committee also noted the following:

The response by the government of the Democratic Republic of the Congo, WHO and partners has been rapid and comprehensive.
Interventions underway provide strong reason to believe that the outbreak can be brought under control, including: enhanced surveillance, establishment of case management facilities, deployment of mobile laboratories, expanded engagement of community leaders, establishment of an airbridge, and other planned interventions.
In addition, the advanced preparations for use of the investigational vaccine provide further cause for optimism for control

The Emergency Committee, while noting that the conditions for a PHEIC are not currently met, issued Public Health Advice as follows:

Government of the Democratic Republic of the Congo, WHO, and partners remain engaged in a vigorous response – without this, the situation is likely to deteriorate significantly. This response should be supported by the entire international community.
Global solidarity among the scientific community is critical and international data should be shared freely and regularly.
It is particularly important there should be no international travel or trade restrictions.
Neighbouring countries should strengthen preparedness and surveillance.
During the response, safety and security of staff should be ensured, and protection of responders and national and international staff should prioritised.
Exit screening, including at airports and ports on the Congo river, is considered to be of great importance; however entry screening, particularly in distant airports, is not considered to be of any public health or cost-benefit value.
Robust risk communication (with real-time data), social mobilisation, and community engagement are needed for a well-coordinated response and so that those affected understand what protection measures are being recommended;
If the outbreak expands significantly, or if there is international spread, the Emergency Committee will be reconvened.
The Committee emphasized the importance of continued support by WHO and other national and international partners towards the effective implementation and monitoring of this advice.

Based on this advice, the reports made by the affected States Parties, and the currently available information, the Director-General accepted the Committee’s assessment and on 18 May 2018 did not declare the Ebola outbreak in the Democratic Republic of the Congo a Public Health Emergency of International Concern (PHEIC). In light of the advice of the Emergency Committee, WHO advises against the application of any travel or trade restrictions.