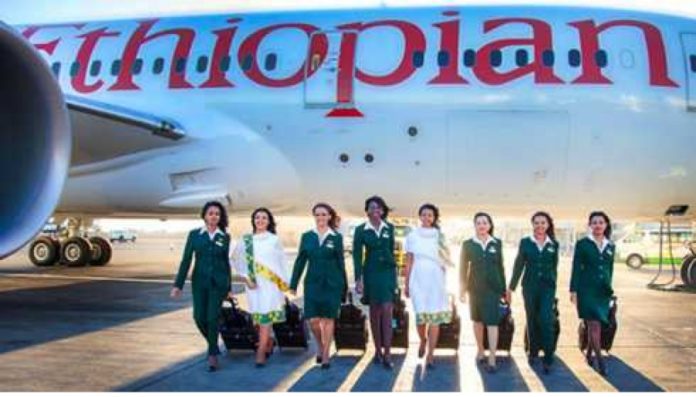 Ethiopian Airlines scores another all-female flight crew feat as it expands its global footprint to the Argentine capital, Buenos Aires – its first such flight.

The flight takes off on the occasion of the International Women’s Day and the crew will be operating the B787 Dreamliner from Addis Ababa to Buenos Aires.

It is not the first time Africa’s top flier has dispatched an all women crew. In December 2017, they made history by sending one such team on an intra-Africa trip from Addis Ababa to Lagos.

An all-women team means the entire flight management team comprised of women: from the pilots and cabin crew to in-flight ramp operations as well as flight dispatchers on the ground.

Before last year’s Addis Ababa – Lagos flight, Ethiopian had in late 2015, dispatched a similar crew that flew passengers from Addis Ababa to the Thai capital, Bangkok.

At the time, Captain Amsale Gualu and co-pilot, Selam Tesfaye were handed the task of flying the crew and passengers. The historic nature of the mission lit up the face of Tesfaye who said she was happy to be part of the feat. ‘Its a legendary day for Ethiopian Airlines,’ she stressed.