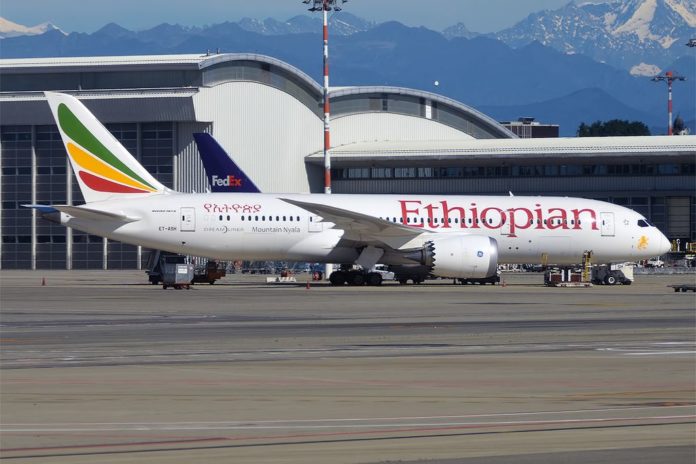 Ethiopian Airlines, has confirmed that it has finalised preparations to resume daily flights to Asmara, Eritrea on 17 July 2018, utilising a Boeing 787.

According to a statement released by the airline, the decision follows agreements reached in Asmara between H.E. Dr. Abiy Ahmed, Prime Minister of the Federal Democratic Republic of Ethiopia and President H.E. Isaias Afewerki of the State of Eritrea.

The flights will be operated per the following schedule:

“We at Ethiopian feel an immense honor and joy to resume scheduled flights to Asmara after 20 years, following the visit to Eritrea by H.E. Dr. Abiy Ahmed, Prime Minister of the Federal Democratic Republic of Ethiopia. With the opening of a new chapter of peace and friendship between the two sisterly countries, we look forward to starting flights to Asmara with the B787, the most technologically advanced commercial aircraft, which gives customers unparalleled on-board comfort.

The resumption of air links will play a critical role in boosting the overall political, economic, trade and people-to-people ties between the two sisterly countries.