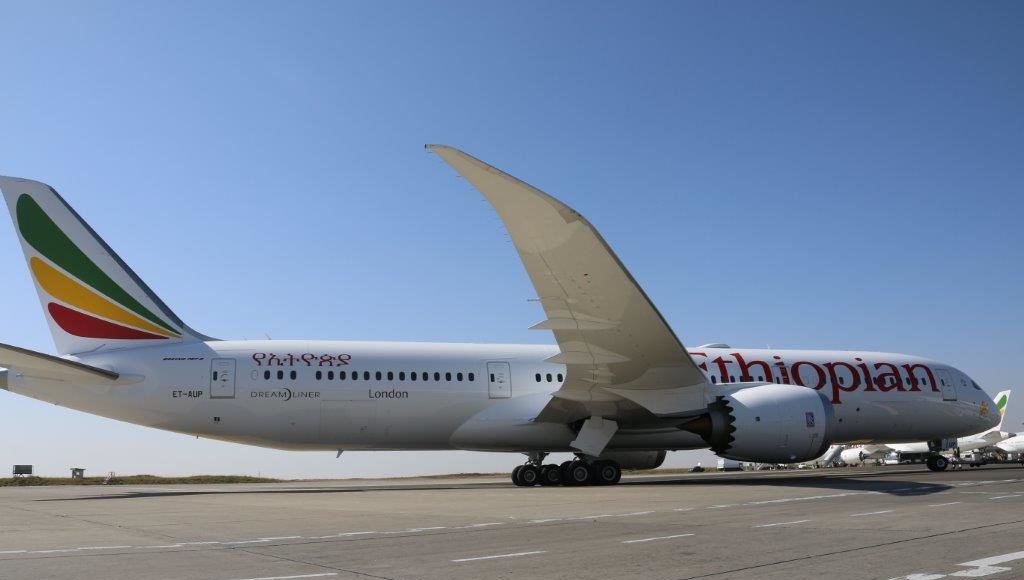 Ethiopian receives a second B787-9

Ethiopian Airlines has taken delivery of its second Boeing 787-9 Dreamliner on earlier this week 2017.

In less than a span of a month since Ethiopian took delivery of its first B787-9, the second B787-9 aircraft has joined part of its fleet, totaling its operating fleet to 95, of which 21 are from the Dreamliner family of aircraft.

As a global airline, Ethiopian names its fleet after notable landmarks situated in the cities it operates to; hence, the new aircraft has been named after the city of London.

Since its delivery in October, Africa’s first Ethiopian B787-9 has made its debut flight to major cities like; Kilimanjaro, Zanzibar, Kinshasa, Mombasa, Abuja, Madagascar, Dubai and Delhi. Customers have enjoyed its unique features such as biggest windows in the sky, high ceiling, less noise, distinctive lighting, and higher air humidity.

Jeanette Briedenhann
Jeanette Phillips joined the team in 2016. She developed a passion and love for all things-travel related in her role as travel journalist, a position she held for over seven years. A brief exodus into the corporate marketing sphere proved that there is no better industry than the travel industry. Research and writing are two of Jeanette’s greatest passions, but she is always open to new challenges and different ways of doing things.
Previous articleZimbabwe’s new president sworn in
Next articleAirlink, Safair to merge