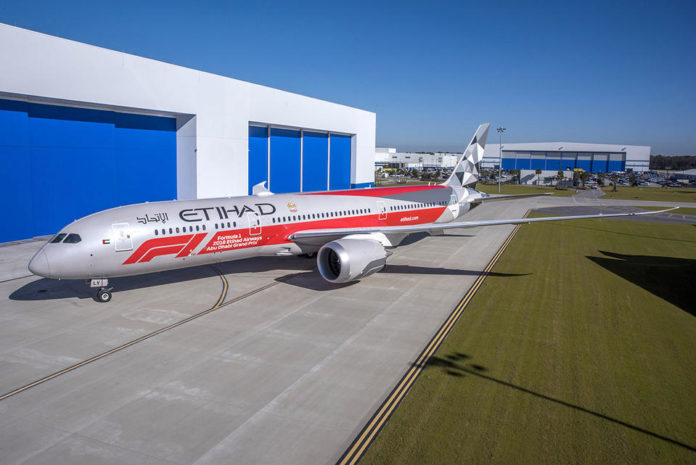 Etihad Airways, the national airline of the UAE, has unveiled a spectacular livery to celebrate the 10-year anniversary of the FORMULA 1 2018 ETIHAD AIRWAYS ABU DHABI GRAND PRIX. The design was painted on a Boeing 787-9 at the Boeing facility in Charleston, South Carolina.

The aircraft will participate in a low-level fly-by during the Grand Prix, accompanied by the airline’s Year of Zayed liveried Airbus A380.

The airline collaborated with legendary fashion designer, Diane von Furstenberg, to design a special edition F1 themed scarf and tie. The design was inspired by Yas Marina Circuit and they will be worn by the airline’s cabin crew throughout the month of November. The same design will appear on commemorative Economy class headrests inflight during race week.