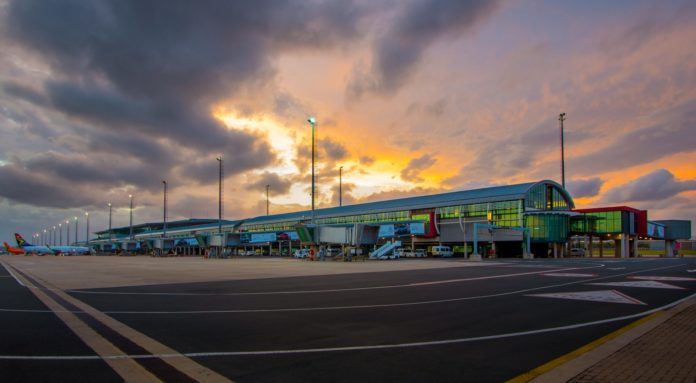 The South African Civil Aviation Authority (SACAA) introduced the industry awards this year, as a platform to acknowledge individuals and companies for their outstanding work and contribution to fostering sustainable development within the aviation industry. A total of 14 awards were awarded and were judged by an experienced
panel selected from a vast background within the aviation and business fields.

KSIA General Manager, Terence Delomoney says, “The recognition is a testament to the hard work and dedication from our staff members and volunteers and the partnership with our stakeholders in delivering on excellence.”

KSIA was recognised for the Security Awareness Campaign, which was an initiative launched with the objective of ensuring all stakeholders played a role in informing and educating the airport community on all policies and procedures that promote and support airport security.

KSIA Senior Security Manager, Claudia Daniels says, “We see our involvement to continuously improving our safety and security services as a fundamental collaboration with our airport community in order to advance our aviation industry.”

Aligning to government’s agenda to comply and promote safety and security within the aviation industry, KSIA is striving to be at the forefront of meeting international standards. Delomoney concludes, “We are committed to mirroring government’s ongoing agenda, as aviation is an integral part and an economic driver to the growth and success