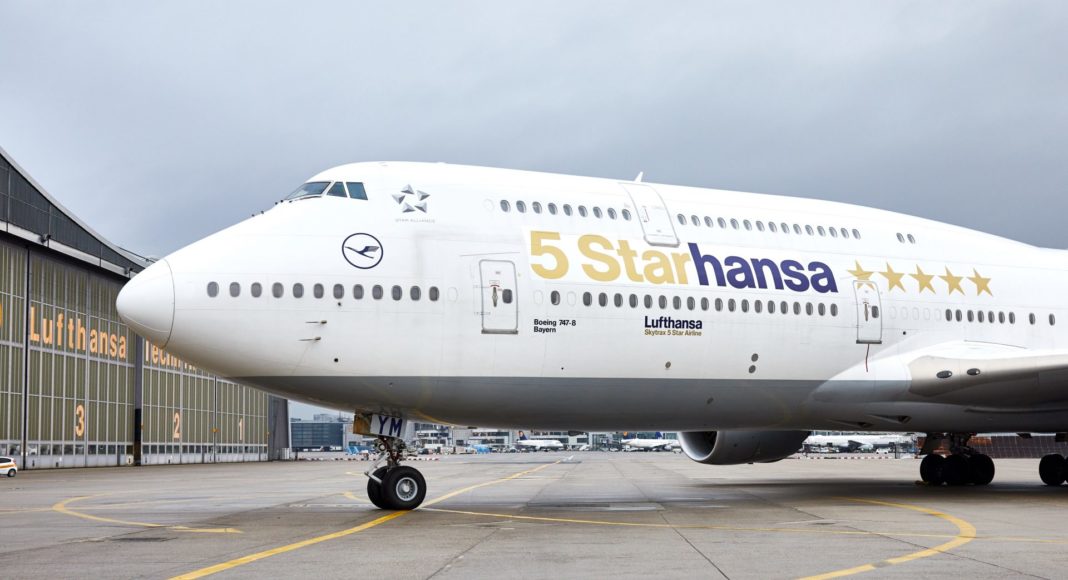 The 5 Starhansa model derives from Lufthansa being certified as one of the world’s five star airlines by Skytrax, the World Airline Rating Specialists.

“It comes to no surprise that the first 5 Starhansa flight landed in Johannesburg, since the city has well established itself as a renowned world class African hub,” says Dr André Schulz, Lufthansa Group Southern Africa General Manager.

The five star recognition means that Lufthansa is the only airline in Europe to receive this accolade, as the rest of the five star certified airlines are from Asia and the Middle East. Lufthansa is continuously committed to delivering premium service and first-rate comfort.

“Even though Lufthansa First Class has previously been awarded the five star rating for years, we are delighted about the fact that our entire airline has now received the same certification,” commented Dr. Schulz.

“This recognition makes us part of a very elite group and gives us a lot of confidence for the future. As the leading airline in technology and innovation, we shall continue to play a vital role in strengthening our airline ventures in South Africa,” concludes Dr Schulz.

In addition to its airline ratings, Skytrax, a rating agency that specializes in aviation, also issues an annual ranking of the most popular airlines. At the 2017 World Airline Awards, based on the survey responses of 19.8 million passengers from 105 different countries, Lufthansa won the award for the best airline in Europe – and seventh worldwide. Since the 1990s, Skytrax has been conducting passenger surveys regarding the quality of airlines and airports. In 1999, the company first awarded certifications, of up to five stars. So far, only ten airlines worldwide have succeeded in obtaining the highest rating.

Jeanette Briedenhann
Jeanette Phillips joined the team in 2016. She developed a passion and love for all things-travel related in her role as travel journalist, a position she held for over seven years. A brief exodus into the corporate marketing sphere proved that there is no better industry than the travel industry. Research and writing are two of Jeanette’s greatest passions, but she is always open to new challenges and different ways of doing things.
Previous articleAirbnb makes group bookings easy with Split Payments
Next articleTourism Intelligence International wants to put Zambia on the world map