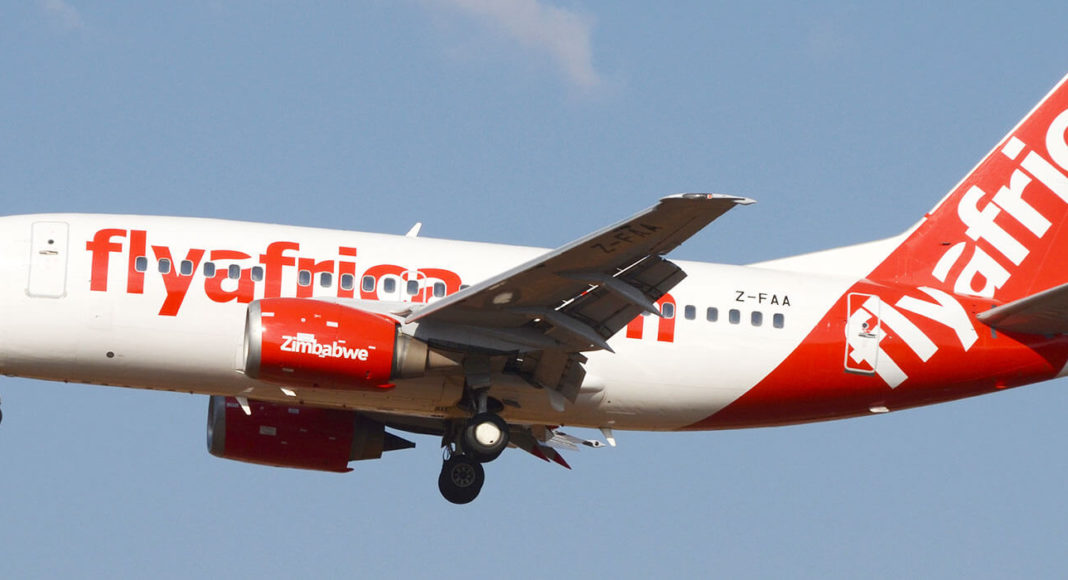 The Civil Aviation Authority of Zimbabwe (CAAZ) has revoked the air operator’s licence (AOL) for troubled airline Fly Africa. Fly Africa has been accused of breaching regulatory requirements and will need to be recertified before it can start operating again.

In a statement FlyAfrica said: “FlyAfrica has, after consultations and guidance from the Civil Aviation Authority of Zimbabwe (CAAZ) taken the decision to go through a re-certification exercise, in order to move the airlines operating aircraft leases from an ACMI (wet lease) arrangement to a permanent dry lease arrangement. The re-certification should conclude soon and see us unreservedly returning to the skies. We will keep all informed as we conclude.”

In 2016, Flyafrica Zimbabwe confirmed plans to relaunch operations under the backing of new investors as flyafricazim.

The announcement followed the liquidation of the Flyafrica group earlier in the same year.

According to Cassidy Mugwagwa, principle investor and Chairperson of the company, the ‘new’ airline owns the Flyafrica brand name in Zimbabwe and can therefore continue to operate under the name. Mugwagwa added that additional investors have been signed to develop a pan-African operation.

Jeanette Briedenhann
Jeanette Phillips joined the team in 2016. She developed a passion and love for all things-travel related in her role as travel journalist, a position she held for over seven years. A brief exodus into the corporate marketing sphere proved that there is no better industry than the travel industry. Research and writing are two of Jeanette’s greatest passions, but she is always open to new challenges and different ways of doing things.
Previous articleThe most popular air routes & destinations for South Africans in 2018
Next articleEcuador denies signing Visa-free agreement with Nigeria