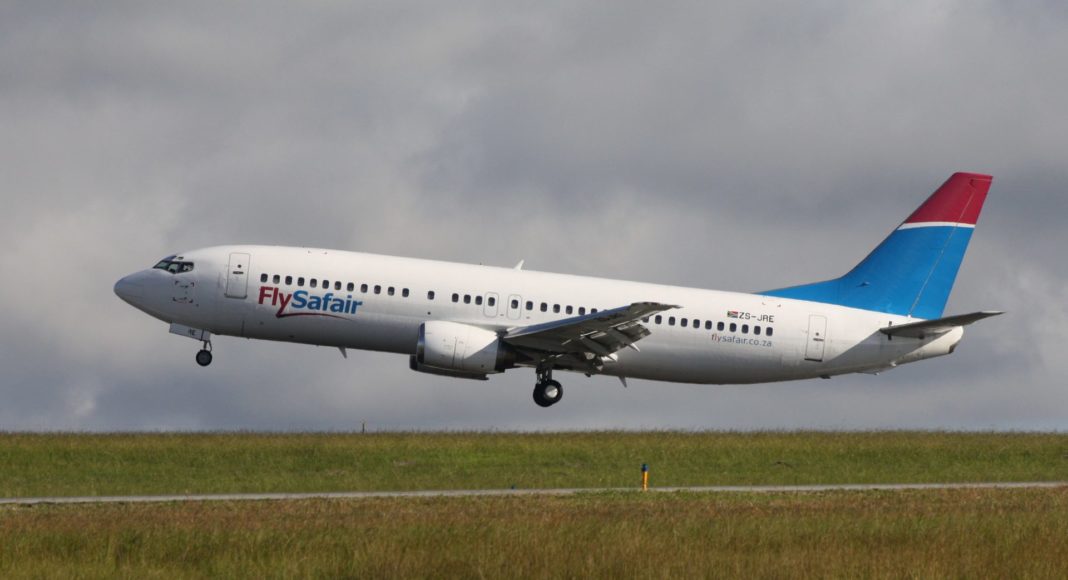 FlySafair has introduced cashless transactions on all of its flights.

The airline has officially launched AviaPay, a new mobile point of sale (POS) system, enabling passengers to use their credit and debit cards to purchase refreshments inflight.

The solution, which is the result of a partnership between BlueMarket Retail Solutions, and payment service providers, PayGate and PosMarket, was specifically designed to address the needs of the aviation industry.

“We are delighted to be the first low-cost carrier in South Africa to provide customers with the convenience of paying for inflight purchases by card. Not only will this make transacting easier, but it also means passengers won’t have to risk carrying cash on them,” says Kirby Gordon, Head of Sales and Distribution at FlySafair.

Another major benefit of the technology is that FlySafair can now provide travellers with receipts, regardless of the payment method used. This makes it far simpler for business travellers to manage their expense claims. Dealing with the administration relating to these claims also becomes easier for the travel management teams which process them.

“Working with FlySafair has been an absolute pleasure. The team is incredibly dynamic and decisive, which is why we were able to implement this system in a record two month period. There are already discussions around added functionality, and we look forward to building on a relationship that has had a fantastic start. Look out for new innovations to be launched in the near future with FlySafair,” says Theron Uys, Business Development Director at BlueMarket.

Jeanette Briedenhann
Jeanette Phillips joined the team in 2016. She developed a passion and love for all things-travel related in her role as travel journalist, a position she held for over seven years. A brief exodus into the corporate marketing sphere proved that there is no better industry than the travel industry. Research and writing are two of Jeanette’s greatest passions, but she is always open to new challenges and different ways of doing things.
Previous articleExtraordinary introduces the Mont d’Or Boutique Hotel Group
Next articleFinalists in ASATA Awards announced