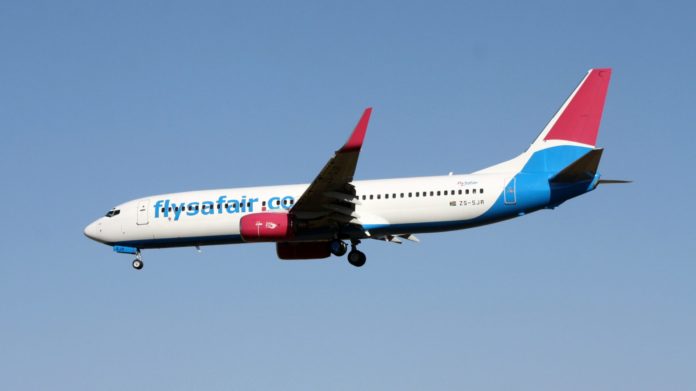 South African low cost carrier, FlySafair has been named the best airline in Africa and the Indian Ocean in the 2018 TripAdvisor Travellers’ Choice awards.

In addition to being named the best airline in Africa and the Indian Ocean, it also walked away with the Best Economy Class award in the same region.

The awards highlight the world’s top carriers based on the quantity and quality of reviews and ratings for airlines worldwide gathered over a 12-month period.

FlySafair is the only local airline to have made it onto the coveted list and shares the top spot for the region with Air Austral, a French airline, and RwandAir from Rwanda.

Kirby Gordon, Head of Sales and Distribution at the airline says: “FlySafair is extremely proud to have received a number one ranking in the TripAdvisor Travellers’ Choice awards, especially given that these awards are based on consumer feedback.”

Words which travellers most frequently use to describe FlySafair, include “always on time”, “value for money”, “better rates” and “friendly staff”.

The airline performed well across the ratings categories scoring particularly high marks under Value for Money and Cleanliness.