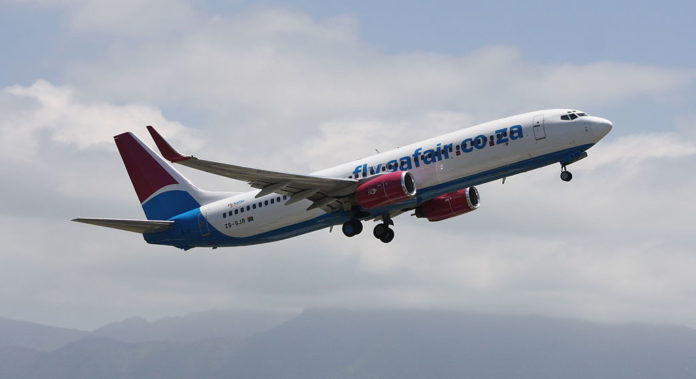 The aircraft are scheduled to enter the airline’s service in late March and late April this year, and will see FlySafair’s total number of B737 800s grow to five, bringing the fleet total to 14 aircraft.

FlySafair is one of several low cost carriers operating in South Africa, including Mango, Kulula and FastJet, which began operating locally late in 2017.

“It’s imperative that we pursue an aggressive growth strategy to ensure that we keep our cost per seat as low as possible by finding economies of scale,” said Kirby Gordon, head of sales and distribution at FlySafair.

The first of the new aircraft, which has already been loaded on to the airline’s schedule, will contribute to an increase in FlySafair’s capacity on the Johannesburg/Port Elizabeth, Johannesburg/East London and Johannesburg/Cape Town routes, as well as the Johannesburg/Durban route on weekends.

This will see the airline’s overall capacity increase by just over 25,000 seats this coming July.