Air Italy, formerly known as Meridiana, has confirmed it will launch flights from Milan to Mombasa, Kenya, from 21 July.

Air Italy isn’t a brand-new airline but is the rebranded version of Italian carrier Meridiana. The airline unveiled an all-new image and corporate identity in February last year, as well as a new name. The new identity was revealed after Qatar Airways bought 49% of Air Italy’s shares.

Air Italy told Inside Travel that the airline’s network currently includes flights to Italy with routes from Milan Malpensa to Accra, Cairo, Dakar and Lagos. “Mombasa is also reconfirmed,” a spokesperson said, adding that flights to Mombasa will launch on 21 July.

Kenyan travel agents have welcomed Air Italy’s plans to launch flights to Mombasa. Travel In Style’s Devan Jobanputra told Inside Travel that if the flight offers a good connection to the US, it will be a welcome option for Kenyan travellers.

Said Jobanputra: “For travel to the Far East, travellers would still mostly prefer flying direct to Bangkok or using a Middle East carrier due to journey times. Depending on the planned launch date and competitive fares, it might prove favourable for Kenyans travelling to Europe and also for Italians visiting Kenya.” 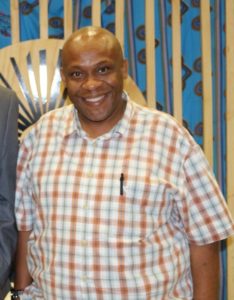 Patrick Maina Kamanga, MD Deans Travel, says there are numerous Kenyans travelling to Italy for business, leisure and VFR. He warns however that currently the Middle Eastern Airlines, such as Etihad, Qatar and Emirates, are the preferred choice. “The Middle Eastern Airlines (Etihad/Qatar/Emirates) already serve those cities in Italy and are more on demand by the general market,” he says.

Dorine Reinstein
Dorine Reinstein is a seasoned travel writer and editor, who is passionate about retail travel as well as inbound tourism. She has written for award-winning publications. Dorine has completed her Honours Degree in English and Dutch Literature in Belgium as well as her Honours Degree in Drama in France. When moving to South Africa, she obtained her Advanced Journalism Diploma in Johannesburg. She has a knack for languages and can write effortlessly in English, Dutch and French.
Previous articleSouthern Mozambique set for major tourism development
Next articleChicago joins Ethiopian’s global network