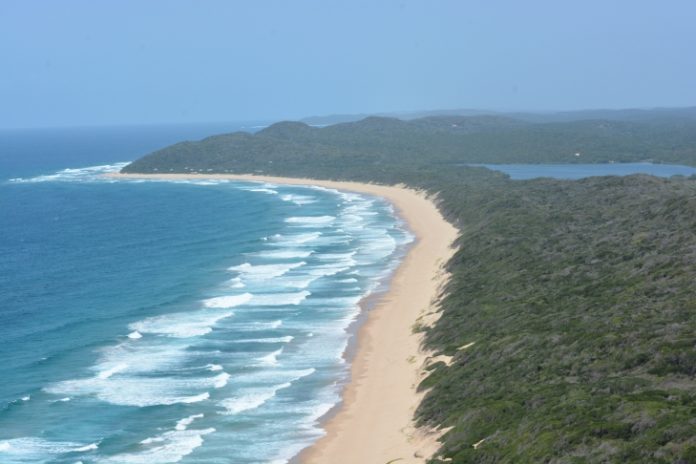 This follows from an agreement signed by the Mozambique Government and Peace Parks Foundation to jointly develop Maputo Special Reserve (MSR) and Ponta do Ouro Partial Marine Reserve (PPMR). The agreement is based on a strategic business plan, developed by both partners, and initial funding of $16 million donated by the Reinet Foundation, the Wyss Foundation and other private donors. The World Bank funded MozBio programme is also investing into the development of the Reserves.

His Excellency, Celso Correia, Minister of Land, Environment and Rural Development said: ‘Mozambique is proud to partner with Peace Parks Foundation and we are especially pleased to see continued energy and resources being devoted to the development of the Lubombo Transfrontier Conservation Area. Maputo Special Reserve and Ponta do Ouro Partial Marine Reserve have tremendous potential to develop as fully-fledged tourism destinations that will benefit Mozambique and its people. The partnership with Peace Parks follows a decade long relationship to bring us to this point. We look forward to continue working together on these developments and would also like to warmly thank the Reinet Foundation, Wyss Foundation and World Bank who have committed significant funding, as well as those who have supported the development of conservation in Mozambique over the years.’

A merging of exceptional eco-regions

In terms of the partnership, Peace Parks will provide technical and financial support for conservation and tourism development activities, which will entail merging MSR and PPMR into one management structure. The adjacent reserves are contiguous with South Africa’s Tembe Elephant Park and World Heritage Site, iSimangaliso Wetland Park, and are all part of the Lubombo Transfrontier Conservation Area (TFCA).

Speaking on behalf of Peace Parks Foundation, CEO Werner Myburgh said: ‘This is the second partnership agreement that Peace Parks Foundation has signed with the Mozambique Government. The first, also with Mozambique, was signed in 2015 to help develop Zinave National Park as an integral component of Great Limpopo Transfrontier Conservation Area. The purpose of these agreements is to protect large ecosystems by connecting protected areas to the benefit of both people and nature. The Elephant Coast, one of the few protected areas in Africa where elephants occur in a park bordering the ocean, has the potential to become Mozambique’s premier eco-tourist destination.’

Situated in the Maputaland-Pondoland-Albany Biodiversity Hotspot, MSR is part of one of earth’s 36 biologically richest and most endangered terrestrial ecoregions. The reserve is an important component in the protected areas system of Mozambique, combining 1 040 km² of coastal lakes, wetlands, swamp forests, grasslands and mangrove forests with the shores of the marine reserve and its wide variety of remarkable bird and marine species.

The marine reserve component stretches across 678 km² and is the most important leatherback and loggerhead turtle nesting ground along the entire 2,800km Mozambican coastline, with more than 1,000 turtles coming to nest on these shores every year. Together with the neighbouring iSimangaliso Wetland Park it forms Africa’s first marine transfrontier conservation area.

With just one five-star lodge, Anvil Bay, currently operating, there is a great opportunity for additional accommodation across a wider cost and experiential offering. Accordingly, two new five-star coastal lodges will be built by concessionaires, to expand the high-end tourism market. Two mid-level, fully-serviced lodges will also be constructed – one along the coast and the other on the shores of one of the many beautiful freshwater lakes occurring throughout the park. These lodges will also offer exclusive camping facilities for those who wish to get even closer to nature. A network of 4×4 trails complemented by exclusive campsites will be developed in the low-density tourism areas. A trail camp for guided walks and kayak trails will add a further dimension to the wide-range of tourist attractions being developed.