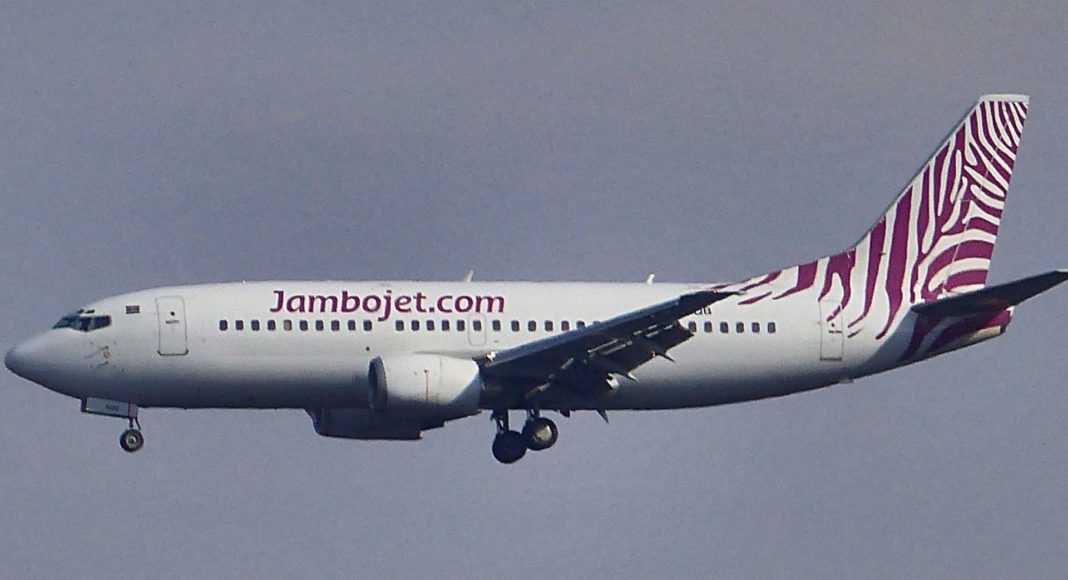 Kenya Airways subsidiary, Jambojet is set to start flights to Tanzania and Uganda by February next year, kicking off its regional expansion plan designed to see the low-cost carrier fly to 16 new routes.

According to the Daily Nation, the Transport ministry said it had applied for permission for the budget airline, a subsidiary to fly to both countries.

“The government has applied for designations on our behalf to allow us operate on six regional routes,” Willem Hondius, Jambojet’s chief executive, told the Business Daily in an interview.

“For now, the application covers Uganda, Tanzania, Rwanda, Burundi, Ethiopia and Democratic Republic of Congo. However, we intend to begin by flying to Tanzania and Uganda.”

Jambojet also plans to start flying to Wajir by next February, adding to its existing flights between Nairobi and Mombasa, Eldoret, Kisumu, Lamu, Malindi and Ukunda (Diani).

The airline had earlier said it would make its international debut by the end of this year, but delays in receiving two Bombardier Q400 aircraft has seen them push their launch date forward.

These two planes are now expected before Christmas.

Jeanette Briedenhann
Jeanette Phillips joined the team in 2016. She developed a passion and love for all things-travel related in her role as travel journalist, a position she held for over seven years. A brief exodus into the corporate marketing sphere proved that there is no better industry than the travel industry. Research and writing are two of Jeanette’s greatest passions, but she is always open to new challenges and different ways of doing things.
Previous articleAfrica visa openness slowly gaining momentum
Next articleThe Best Beach and Safari Combo Destinations