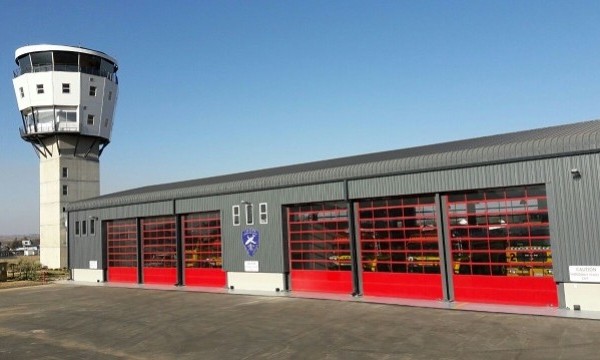 In a statement the airport said that the new complex offers the capacity required for this international aviation hub to meet increased passenger and aircraft traffic demand.

“Lanseria International Airport has its vision set on becoming the regional airport of choice. It aims to increase passenger numbers to more than four million per annum by 2023. The upgrades and expansion of its current facilities are instrumental to this growth forecast,” the statement read.

The statement added that the facility is more than a building that offers additional space for the operations that it will accommodate – it represents Lanseria’s commitment to levelling up and expanding for the growth that it forecasts for the future.

The Control Tower complex accommodates Air Traffic and Navigation Services (ATNS), South African Weather Services (SAWS) and Aerodrome Rescue and Fire Fighting Services (ARFFS). The position of the complex is ideally located to improve visibility of the runway and surrounding airfields, as well as accessibility for emergency response.

Gauteng MEC of Roads and Transport, Dr Ismail Vadi said that the Gauteng Provincial Government remains committed to growing the province’s economy through strategic partnerships. Lanseria International Airport plays an important role as one of the province’s aviation hubs. It’s growth and expansion ties in very well with the province’s vision of remaining the economic hub.

To meet some of the demands for the region, expansion plans for the airport include the construction of the three level Multi-Storey Parkade currently underway, as well as the expansion of the terminal building and upgrades to the airport’s fuel farms and technical facilities.

In the coming years, more than R10 billion of private sector funding will be injected into the establishment of the new Airport City in Lanseria.

“We are investing massively in improving access and the movement of people, goods and services into and out of the West Rand region. The new economy of this area will be anchored specifically on the development of new economic nodes around the Lanseria Airport. The Gautrain will reach the Lanseria Airport to connect all our major cities in Gauteng. The future is unfolding in front of us. We are building new cities in Gauteng,” said Gauteng Premier, David Makhura.

“Our vision is to be the regional airport of choice, catering for the SADC and Sub-Saharan African region. We have started talks with international and local airlines to develop regional routes to countries such as Namibia, Zimbabwe, Zambia, Mozambique and Mauritius. With our Control Tower now more ideally located with improved visibility of the runway and airfields, the opportunities for us to progress our masterplan has become far more viable,” said Rampa Rammopo, CEO of Lanseria International Airport.