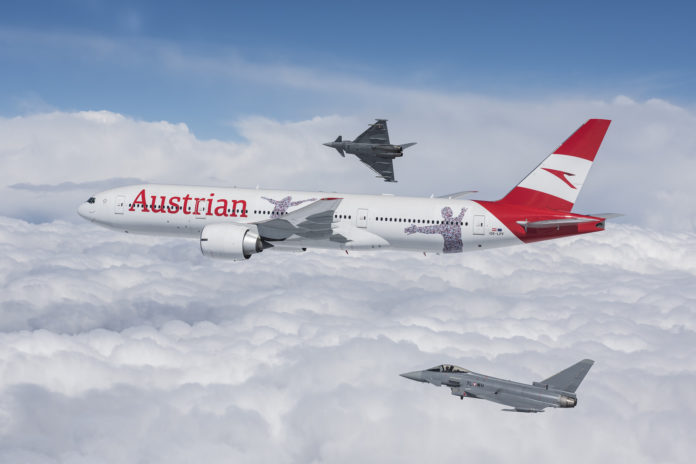 The Lufthansa Group expects support for its new Cape – Town Vienna service from South Africa’s neighbouring markets, especially Namibia and Botswana, which it says generally prefers Cape Town over Johannesburg as a transit hub for long-haul connecting flights to Europe.

From October 27 until March, Austrian Airlines will operate two weekly flights for the European winter/South African summer season, departing Cape Town at 12h20 on a Wednesday and Sunday to arrive in Vienna at 10h50, and leaving Vienna for Cape Town on a Tuesday and Saturday at 11h15, landing at 10h40. The airline last flew to South Africa in 1999.

Von Hoensbroech, who was previously head of strategy at Lufthansa, commented: “The route is an exciting new addition to our leisure portfolio… We are targeting mainly European passengers, with nature, culture and tradition… [but] we have to build [traffic] in both directions.”

Austrian will use its latest Boeing 777 aircraft to operate the new service, configured with a business, premium-economy (Premium Eco) and economy-class product.

Schulz named Namibia and Botswana as the two biggest offline destinations for the Lufthansa Group in southern Africa. He commented: “Travellers do prefer Cape Town as a transfer hub… We are working closely with the Austrian chamber of business commerce… [with] business-class seats that we also need to fill.

“We are excited about expanding our presence in South Africa,” Schulz added. “We have already made multiple announcements over the past year regarding the increased Lufthansa Group services to [Cape Town], and this new route further cements our commitment… to our customers in the region.”

The new Premium Eco product features a wider seat, special menu and 12-inch in-flight television screen. Other onboard selling features include an onboard chef service in Business Class and coffee-house services on all long-haul flights.

Austrian received the Best Airline Staff Service in Europe award and was first in the Best Business Class Onboard Catering category at this year’s Skytrax Awards.

The carrier operates a fleet of 85 aircraft (12 long-haul) to 130 destinations worldwide, including 35 in Central and Eastern Europe.

Schulz maintained: “The new direct route, as well as the new cabin class, provides both business and leisure passengers between Cape Town and Vienna an exciting new travel experience [and] reinforces the Lufthansa Group’s commitment to connecting South Africa to our European home markets; unlocking trade, tourism and economic opportunities.”

Following last week’s launch, Austrian has also joined Lufthansa’s Flying Classroom charity programme in South Africa. Von Hoensbroech was to visit the iThemba school in Capricorn near Muizenberg in Cape Town on Monday to present the school with a cheque for €18,000.

Learners from iThemba recently won a competition to name the airline’s newest Boeing 777 aircraft, Sibanye, a Xhosa word meaning ‘We are one’, which features on the Cape Town – Vienna route.