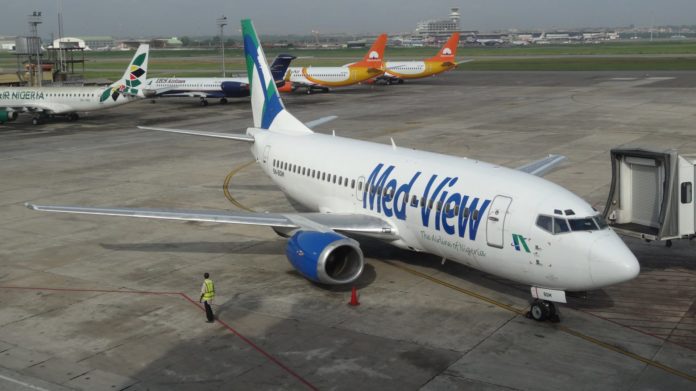 Med-View Airline has confirmed the the suspension of its operations to Dubai till March 25.

Alhaji Muneer Bankole, ceo of Medview, made the announcement at a media briefing in Lagos on 30 January.

During the briefing Bankole explained that the suspension of the flights is only temporary and to enable the airline deal with issues relating to its partners, Euro Atlantic, over the leasing of aircraft for its operations.

He said the airline would resume its Dubai operations when its own aircraft, B767-300ER, christened `Abeke’ returns from complete refurbishment in the United Kingdom. Bankole added that passengers already booked on the Dubai flights will be accommodated through interline arrangements with other airlines.

“From all indications, this aircraft has not been able to meet our requirement in providing the necessary capacity,” said Bankole.

“The UK Civil Aviation Authority has been supportive of our efforts when it dawned on them that the issues had to do with aircraft. “Consequently, we have taken some measures to our Lagos-London route which will now be serviced by an alternative aircraft currently in operation,’’ he said. Bankole noted that the airline would also maintain its three weekly flights on the London- Gatwick.

He also said it would continue on its Jeddah schedule every Thursday through Kano until the issue of biometrics, which was now a requirement, was resolved.