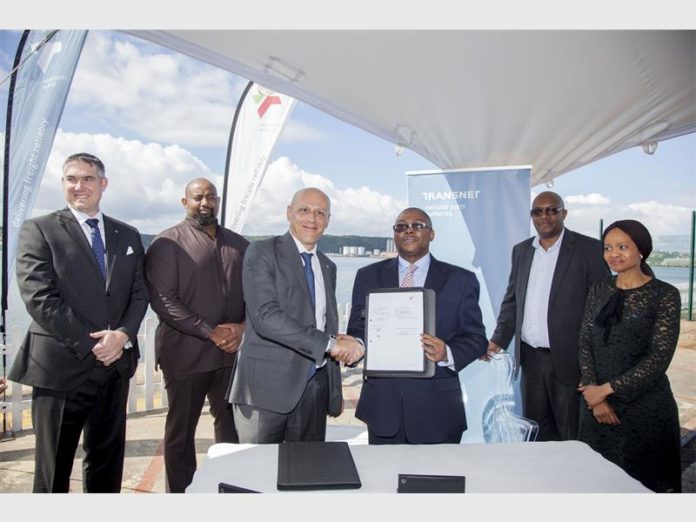 The parties signed off on this R200 million-plus project at an official ceremony on 16 April.

KCT was announced last year as the preferred bidder for the 25-year concession project. The company is a joint venture between MSC Cruises SA and Africa Armada Consortium, an investment company that empowers its black financiers through participation in economic activities, in particular port and logistics developments.

“We are delighted to have concluded terms that will bring benefits to all parties, but most importantly to the City of Durban and South Africa as a growing cruise destination. In doing so, we will truly be positioning Durban as a ‘Smart Port City’ and a world-class cruise capital,” said TNPA Chief Executive, Shulami Qalinge.

Transnet SOC Limited Group Chief Executive, Siyabonga Gama, added: “In a few years, we will witness the rise of a much-needed brand new cruise terminal for Durban. In its wake, jobs will be created, new technologies implemented and tourism numbers boosted for Durban and for our country.”

Representing KCT, MSC Cruises’ Executive Chairman Pierfrancesco Vago said: “This agreement represents a great development for MSC Cruises’ South Africa operation, we could not be prouder. It will also be a major stepping stone for Durban, paving the way for a bright common future for the cruise industry and the city. Not only will this ensure a continued growth for cruising here in Durban, and in the whole of Southern Africa. It will also result in measurable positive socioeconomic effects for the city: we will create many jobs, both during its construction and the operation. This new terminal will also help further develop Durban as an international tourist destination.”