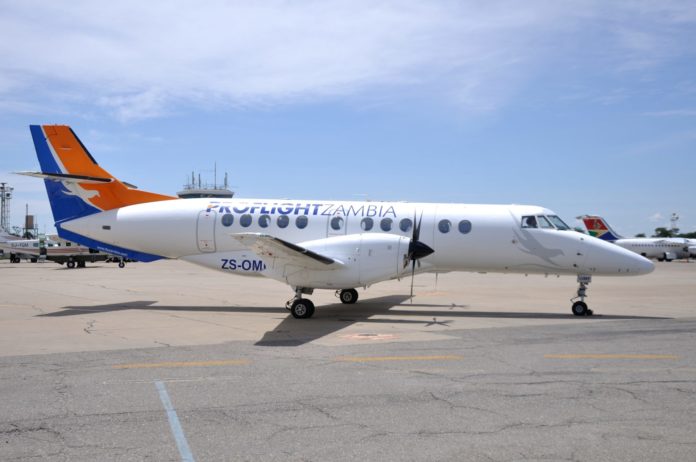 Proflight Zambia has added a new mid-afternoon flight between Ndola and Lusaka to meet the additional demand spurred by its recent decision to lower fares.

Proflight’s new flight will be the fourth return flight per day that the airline operates on the route. Flight P00306 will leave Lusaka at 15h00, arriving in Ndola at 15h45, with P00307 returning from Ndola 16h15 and landing in Lusaka at 17h00 with effect from February 1.

“Proflight is there to make it happen for its flyers. After lowering our fares, we have had an increased number of travellers connecting between Lusaka and Ndola so we decided to add another flight for convenience and to allow more travellers to connect on a daily basis,” said Proflight Zambia’s director of government and industry affairs Captain Philip Lemba.

The flight will be operated predominantly with the airline’s comfortable 29-seat Jetstream 41 aircraft, with periodic upgrades to a 50-seat CRJ-100 jet.

The distance between Lusaka-Ndola is about 316 km and driving will usually take between five and six hours while flying only takes 45 minutes.