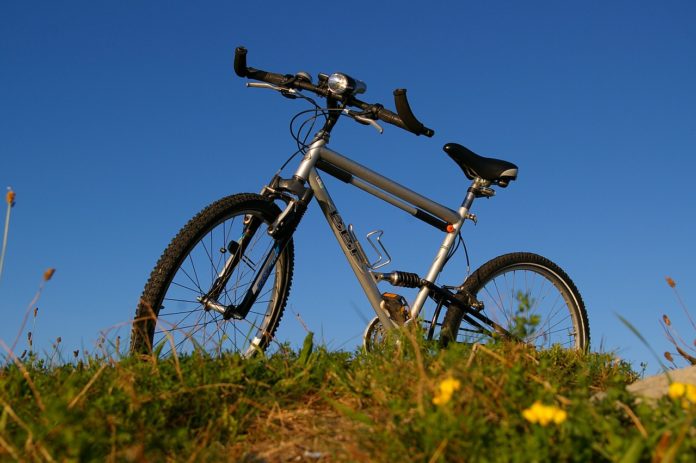 SANParks is delighted to have the world-famous red route re-open today, 29 June 2018, the first day of the Knysna Oyster Festival. Speaking on site yesterday after an assessment was done, Area Manager for the Knysna section of the Garden Route National Park, Megan Taplin says her section has received numerous requests from cyclists to reopen parts of the trail affected by the June wildfires.

The Red Route Mountain biking trail coastal section through the fynbos area is now open after monitoring rehabilitation for a year and working on the part of the trail that offers cyclists a sneak scenic view of the Indian Ocean. Vegetation has recovered and the topsoil is much more stable.

Section Ranger for Harkerville (home to the red, blue, yellow, green and black routes), Nico Oosthuizen, says the ‘red route was tested by some of the local and regular cyclists who were very pleased with the maintenance work done on it. Those areas include tracks burnt during the extensive Knysna fires.’ Although the route is open, assessment and restoration will continue mainly due to the sensitivity of the topsoil in some areas.

Cyclists are encouraged to send feedback to the SANParks Harkerville office.

The Kranshoek hiking trail remains closed after an assessment on the vegetation and soil stability along the trail by independent hikers and assessors indicated it still needs time to recover.

One of the assessors, Di Turner from Crew (Custodians of Rare and Endangered Wildflowers) says the trail is one of the most spectacular in the world and must be re-opened again soon. It is botanically unique as it combines four vegetation types- Afro-temperate forests, Fynbos, Noetzie Thicket and Strandveld, making it a microcosm of the Southern Cape habitat types. ‘The views of the rugged and beautiful coastline are unparalleled. It is absolutely crucial that it is re-opened again as soon as possible. It is an incredible drawcard for international tourists and locals alike. At best, it is a strenuous and difficult hike and should be open to the fitter and more experienced hikers.’ However, the steep slopes denuded of vegetation by the fire makes sections of the paths unstable for the time being.

The teams are monitoring the Kranshoek trail with scientists.