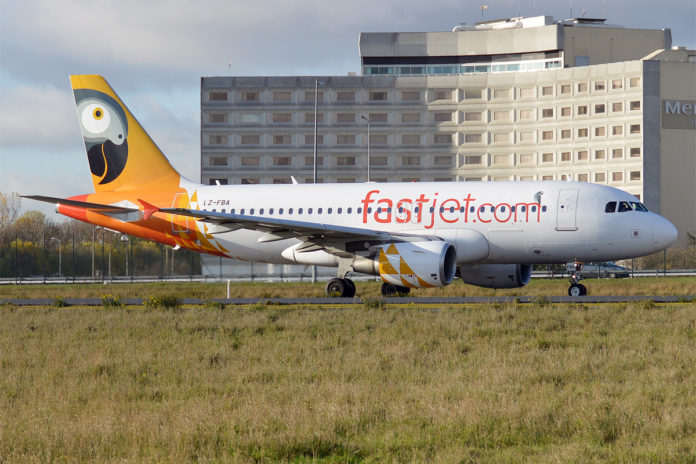 Shares of the cash-strapped African carrier Fastjet saw a significant rise on 29 June following an announcement that the airline plans to bring in US$10m through a proposed capital raising.

Fastjet’s Chief Executive Nico Bezuidenhout said: “The capital raising will give Fastjet the adequate headroom it needs for the remainder of 2018.”

US$7 million is expected to be raised in an accelerated bookbuild by placing shares at 8p each. This price, the airline said, is a 146% premium to its 3.25p closing price on Thursday.

Shareholder Solenta Aviation Holdings Ltd announced it is to take 28.9 million shares at that price for US$3 million. Fastjet is also hoping to raise a further US$2.1 million in an open offer at the same price.

Around half of the nett proceeds raised will be allocated to support the working capital requirements of Fastjet’s Zimbabwe and Mozambique operations, and repayments of certain loans, with the balance used to support operations in Tanzania as well as for the launch of services in South Africa.

Bezuidenhout explained that while there were some unexpected headwinds in 2017, the stabilisation plan put in place by the board has significantly reduced the cost base of the company and right-sized the business.

“Trading in the year to date has been in line with market expectations and the company is now well-positioned to capitalise on future growth,” he said.

Looking further ahead, the airline is looking into financing and possibly joint venture options in South Africa to support its push there.

Solenta Aviation boss Mark Hurst will also reportedly join the board of Fastjet from 02 July as a non-executive director to work with Bezuidenhout.

In a separate post on its Facebook page Fastjet reassured all its passengers, the travel industry and its partners that the company will continue to operate in a state of ‘business as usual’ with flights across its network in Tanzania, Zimbabwe, Mozambique, Zambia and South Africa operating as normal.