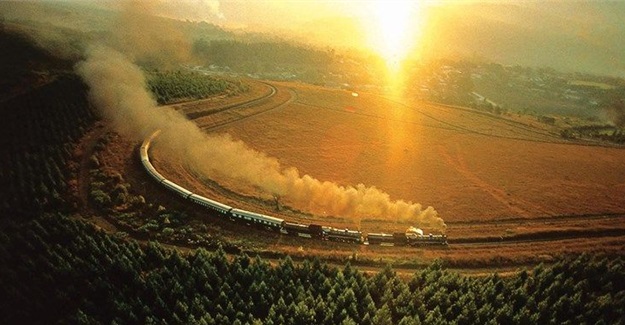 Luxury train operator, Rovos Rail is introducing a 15-day expedition through Tanzania, Zambia, the Democratic Republic of Congo and Angola in July.

This will be the first time in history that a passenger train will travel the famous east-to-west copper trail.

This inaugural trip sets off on July 16 from Dar es Salaam, and includes a visit to the Selous Reserve; a fly-in two-night safari in the South Luangwa National Park (Zambia); and a city tour of Lubumbashi (DRC). Thereafter it joins the Benguela line for short walking tours detailing Angola’s recent history, with the journey ending in Lobito (Angola). The voyage is also available in reverse departing from Lobito on August 2, Brenda Vos-Fitchet, Rovos Rail communications manager, says.

“To be able to introduce a new adventure after 29 years in operation is exciting and presents me with a refreshing operational challenge. It’s taken over two years to acquire permission and have our proposed itinerary approved by the respective authorities. My team and I have flown across our borders on a few occasions to meet the relevant officials, drive the route and conduct site visits in an effort to smooth the way as best we can for our band of intrepid travellers who will hopefully join us on this expedition,” adds Rohan Vos, Rovos Rail owner and CEO.

Rovos Rail also operates a luxury train from Cape Town to Victoria Falls in Zimbabwe, along with several other journeys.