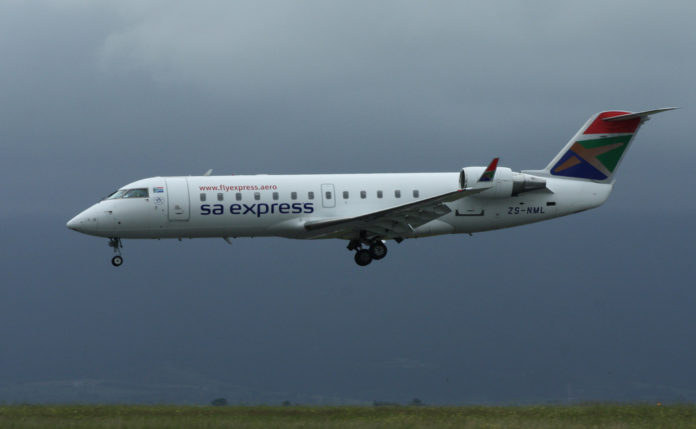 SA Express can no longer continue to operate as an airline, as of today, 24 May.

This comes after the South African Civil Aviation Authority (SACAA) suspended SA Express‟s Air Operator’s Certificate (AoC) as well as the airline‟s Aircraft Maintenance Organisation (AMO) approvals.In addition, the SACAA has also suspended the Certificates of Airworthiness (CoA) of nine (9) of the twenty-one (21) aircraft being operated by the airline.

In order to be able to operate, SA Express will have to reapply and be issued with relevant approvals, i.e. an air operating certificate, and an approval for the aircraft maintenance organisation, and certificates of airworthiness for the grounded aircraft.

The decision to revoke the airline‟s permits comes after the SACAA conducted an audit at the airline and its maintenance organisation in the past several days, which uncovered severe cases of non-compliance that pose serious safety risks.

While the SACAA does not make the details of its audit findings public; it can, however, be revealed that there were seventeen (17) findings, of which five (5) are categorised as Level 1 findings in civil aviation terms. A Level 1 category finding can be described as a „severe non-compliance or non-conformance that poses a very serious safety or security risk to the public and will necessitate the immediate exercising of the discretionary enforcement powers vested in the authorised persons, in the interests of safeguarding aviation safety or security‟.

The airline could not ensure that operational requirements, and most importantly, safety obligations are met at all times. Therefore, the grounding of SA Express operations was inevitable, because in simpler terms the safety management system of the airline was found to be deficient.

“As the custodian of aviation safety and security in the country, the SACAA cannot turn a blind eye to any operation where there is overwhelming evidence that safety measures are compromised, because that automatically poses serious danger for the crew, passengers, and the public at large,” said Poppy Khoza, who leads the SACAA as Director of Civil Aviation.

“The SACAA is fully aware and regrets the inconvenience and disruption this decision would have on passengers, however, it is equally important to note that decisions to revoke licences are naturally challenging, but are necessary and in the interests of ensuring that the operator‟s safety systems are beyond reproach and that its aircraft can take-off and land at the intended destinations relatively safely and incident-free,” Khoza explained.

Following this grounding, it is expected that the operator would make arrangements with the SACAA to fly all affected aircraft back to the home base.

“The SACAA as the regulator implores all operators and licence-holders to uphold unquestionable levels of aviation safety and security at all times. Compliance to the applicable regulations is mandatory and should never be treated as an after-thought or an optional operational requirement. We should all work towards keeping our skies safe in order to preserve lives; and in the process maintain South Africa‟s impeccable zero percent (0%) accident fatality record in the airline and scheduled operations sector, which has been standing for many years,” Khoza concluded.