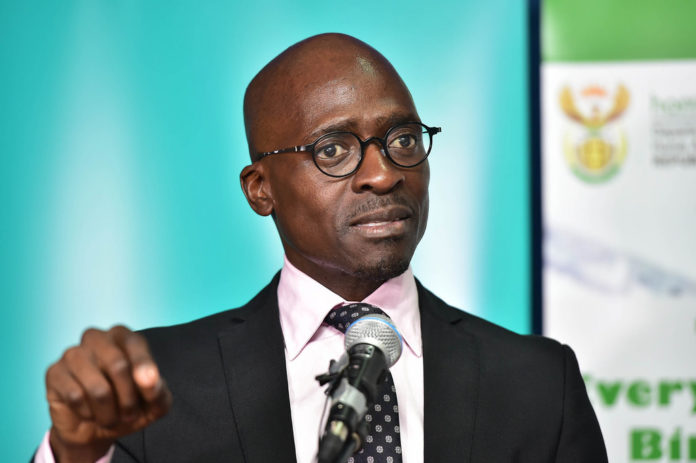 South African Finance minister Malusi Gigaba has indicated that the appointment of a new chief executive officer for SAA, is a “critical” step in ensuring the airline’s turnaround strategy is aggressively implemented.

Addressing parliament during the Medium Term Budget Policy Statement (MTBPS) Speech, the minister added that if SAA executes a successful turnaround in line with its projections by 2019/2020, its reliance on guarantees will “subside as will government’s risk exposure”.

Gigaba stressed despite the current challenges, it is in the public interest to retain a national carrier. He said: “It is in our national interest, to have influence over our connectivity to all parts of the world, and not have to rely exclusively on the profit and scheduling considerations of global airlines.”

Gigaba continued, saying that SAA sells South Africa’s economy, tourism and culture to every one of its passengers. “Global airlines do not, and will not, perform this priceless marketing and branding role for us,” he said.

He said that he will pronounce plans to bring in a strategic equity partner for SAA after he meets the new board of SAA.

“We believe a strategic equity partner can play an important role in SAA’s turnaround, as well as unlocking value for the fiscus which has invested significantly in the airline over the years.”

Government has issued a R19.1 billion guarantee facility to SAA to ensure the company continues to operate as a going concern.

Total recapitalisation of R10bn will be provided in 2017/18. An amount of R5.2 billion has already been provided, with the remaining R4.8 billion to be transferred by 31 March 2018. These funds will be used for working capital and to settle debt, enabling the airline to reduce its interest expenses.

“Even after the capital allocation, government’s exposure to SAA debt remains significant at R15 billion,” Gigaba said, adding that there is risk that if SAA’s financial fortunes do not improve, there will be further calls on the remaining guarantee.

He said: “A new, full-strength board has been tasked with returning the airline to financial sustainability. The appointment of a permanent chief executive officer, who will start on 1 November 2017, is a critical step in ensuring that the airline’s turnaround strategy is aggressively implemented. If SAA executes a successful turnaround in line with its projections by 2019/20, its reliance on guarantees will subside, as will government’s risk exposure.”

The minister also conceded that government is to sell of a portion of it shares in telecommunications company, Telkom to re-distribute to state-owned entities including SAA and the South African Post Office, with the option to buy these shares back at a later stage.