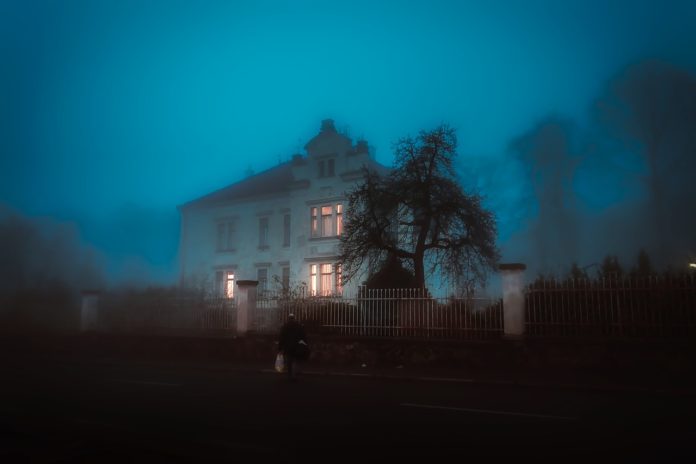 A horror travel story usually involves a lost passport or a missed connecting flight. This year, we’ve found several spooktacular locations that will leave you with a haunting experience of an altogether different kind.
From ghosts to ghouls and just in time for #Halloween, pack your bags and head to:

250 kilometres from Cape Town, Matjiesfontein bears the title of South Africa’s most haunted town, with most of the action and ‘unexpected guests’ happening around the Lord Milner Hotel, says Flight Centre Leisure Marketing Leader Nicky Potgieter.

There is Lucy, who floats around the passages in her nightgown. The Lady in White is fond of night-time walks in the garden and rattles doorknobs (don’t worry too much; apparently, she isn’t able to open any doors). Kate is the 19-year old nurse who died (mysteriously, of course) and is now said to be rather fond of the hotel’s card room.
“These unaccounted-for hotel guests are said by the locals to be rather friendly, so it’s a Casper-the-friendly-ghost type experience,” says Potgieter. “It’s an amazing little town, full of history and quirky locals, making it a great local getaway.”

Did you love the Dracula stories, or is everyone’s favourite, the Twilight saga’s sparkling Edward Cullen, more to your fancy? Legends abound that the gothic-style Bran Castle in Transylvania, Romania, was once home to Count Dracula, the ‘original’ vampire.
The castle is open to visitors all year round and is a fascinating outing for history buffs.

Mummies of Guanajuato, a bizzare collection of about hundred naturally mummified bodies, mostly from the people who died during cholera outbreak in 1833. In 19th century there was a burial tax, and the bodies of the ones who didn't pay it were exhumed and stored in a building by the cemetery. Since the climate of Guanajuato provided effect of natural mummification, the bodies started getting attention since the beginning of 20th century until today. #mummy #mummies #cholera #dead #skeleton #deadbodies #cemetery #death #mummification #museum #bizzare #bodyexhibition #mexico #guanajuato #mummiesmuseum

In the town of Guanajuato in central Mexico, there is a museum that houses more than a hundred mummies. They were all once residents of Guanajuato who lived and died somewhere between 1850 and 1950. Want your mommy? We do too.

This haunted hospital and mental asylum is one of America’s most famous sites. The hospital was built in 1908, and 10,000 residents passed through its doors before it was shut down amidst claims of patient neglect. Reports of paranormal activity include hearing voices, footsteps and items crashing across rooms. Brrr…

The most mysterious island in the venetian lagoon. Poveglia has plenty of history…and legends….ready to discover it?

Fancy a trip to an island in Italy? Sounds good, right? Unless you’re into dark tourism, we’d recommend steering clear of Poveglia Island. This small island lies in the Venice Lagoon and is where the government once sent plague-infected Venetians to die. Today, the island is completely abandoned, and you’d probably be hard pressed to find a local willing to take you there!

Island of the Dolls, Mexico

One of the most mysterious places in Mexico City, thousands of broken and decaying dolls hang from trees on a small island, placed by the island’s former owner (who, you guessed it, died of a heart attack there).
“Believe it or not, it’s one of the area’s most famous tourist attractions, and visitors can hire a boat to take them there,” says Potgieter. “Fans of the Netflix series Dark Tourist will love this type of experience.”

The Chernobyl disaster in 1986 was a radioactive nightmare that caused residents to evacuate so quickly that in some cases, dinner was left on the table. The town of Pripyat was home to 50,000 people, and within 36 hours of the accident, it was emptied. Its streets have stood abandoned ever since.

Today, tourists can join expeditions behind a heavily-guarded exclusion zone that depart from Kiev, approximately 90 minutes away. Drive past abandoned houses that stare back at you from blank windows, streets and hospitals. There’s even a funfair that is slowly being taken over by nature.

“For photographers and history lovers, this is an insightful and unforgettable experience,” says Potgieter.

If spooky #Halloween travel isn’t your thing, try pumpkin carving, pies and spiced lattes in a fairytale European square or on a postcard-perfect beach break instead.