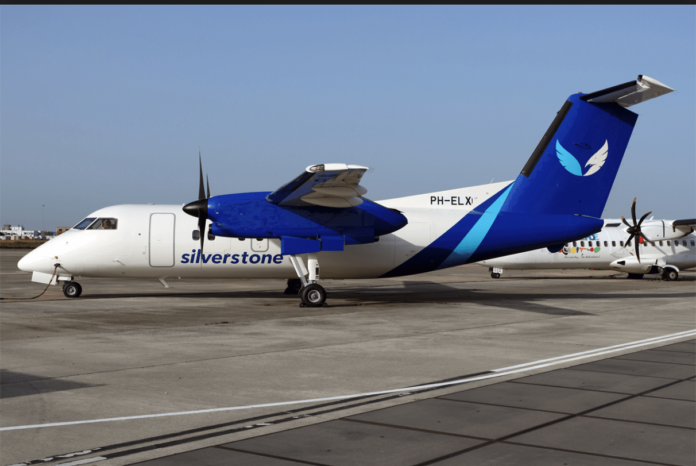 Silverstone Air has announced the launch of its first ever direct flights from Kisumu to Mombasa.

According to Kenya Broadcasting Corporation, Tourism stakeholders in the coastal city termed the initiative by Silverstone Air as a bold step bound to give the tourism sector a ‘fabulous boost.’

They said the scheduled two times a week domestic flights were poised to further promote domestic and business tourism in the coastal region.

The Sh. 10, 000 one way flights and Sh20, 000 return flights will see the plane fly Kisumu-Mombasa route twice weekly on Fridays and Sundays.

The small aircrafts will be departing from Kisumu at 1pm arriving at the coastal town at 2.30 pm and setting off on the return path at 3 pm to land at the lakeside airport at 4.40 pm.

“The move is timely and is set to boost tourism, air transport connectivity and trade between Mombasa and the lakeside city of Kisumu,” said Njeru.
Managing Director of Deans Travel Ltd Patrick Kamanga says any new route getting into an airport stimulates tourism, trade and investment.
He urged other domestic airlines to follow suit and provide low cost flights so as to create as much connectivity as possible.

Mombasa Deputy Governor Dr. William Kingi commended the management of Silverstone Air for the bold move in starting the new service adding that tourism was a major priority of the county government.

‘This new air service means a lot to Mombasa as it will bring even more visitors in the future’ said the deputy governor during the launch ceremony at the Nyali Sun Africa Beach Hotel on 4 March.

Dr. Kingi says the launch of the domestic air flights will boost business and open up investment opportunities between the two cities.
“This will not only boost leisure tourism, a major economic contributor to the Mombasa economy, but will also help facilitate investment,” he said.

Silverstone Sales and Marketing Manager Patrick Oketch says that for the first two weeks after inception, the airline will be operating on Fridays and Sundays but soon will add Wednesday to its flight days with timings remaining the same.

Oketch said Silverstone will apart from the Dash 8-100 aircraft also deploy a Fokker 50 and Dash 8-300 saying both have capacities to carry 50 passengers.
“Our target is to connect the 47 counties because we believe that connectivity is the only way the devolved units will achieve economic progress,” he said in Mombasa.