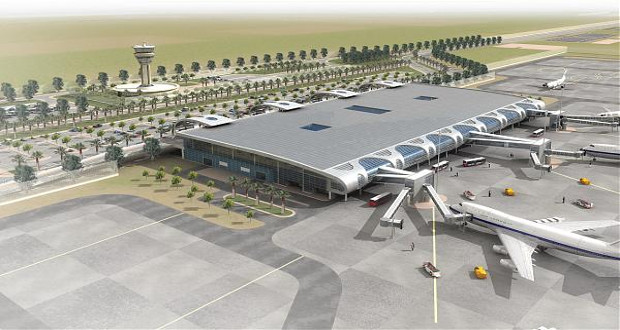 Blaise Diagne International (AIBD), the largest airport in Senegal was officially opened on 7 December, following more than a decade of development and delays.

Work began in 2007 on the €645 million airport under former president Abdoulaye Wade, however unplanned problems and a change in construction companies resulted in repeated delays in the project and increased development costs.

However, despite the lengthy delay, it is hoped that the airport will become a west African regional hub. Currently the airport holds capacity for three million passengers per year. This is expected to rise to 10 million per year, ultimately making it one of the highest-capacity airports in Africa.

The opening of Blaise Diagne will also see it take over services from Senegal’s current flagship airport Léopold Sédar Senghor International in the capital city, Dakar, which will cease operations.

occupies a 4,500-hectare site compared with 800 hectares at Léopold Sédar Senghor. The new airport also boasts a larger terminal and runways that can accommodate more passengers and flights.

“The airport will be key in the promotion of ‘Destination Senegal’,” Prime Minister Mahammed Boun Abdallah Dionne said in a speech earlier this week, adding that airport services at the site would contribute to the development of the special economic zone nearby.

Jeanette Briedenhann
Jeanette Phillips joined the team in 2016. She developed a passion and love for all things-travel related in her role as travel journalist, a position she held for over seven years. A brief exodus into the corporate marketing sphere proved that there is no better industry than the travel industry. Research and writing are two of Jeanette’s greatest passions, but she is always open to new challenges and different ways of doing things.
Previous articleAir Seychelles announces new charter flights between Chengdu and Seychelles
Next articleMost endangered Cultural Heritage Sites in SA announced