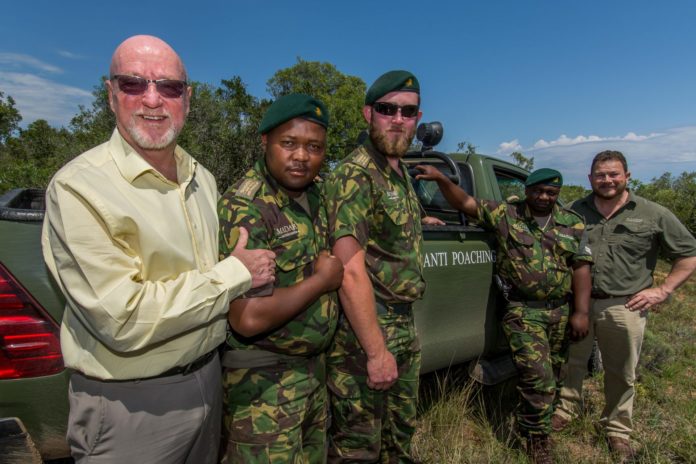 Tourism Minister, Derek Hanekom, says growing safari tourism is vital to sustain and develop South Africa’s game reserves, the conservation work they do and the benefits they bring to surrounding communities.

He made the remarks during a visit to Shamwari Private Game Reserve, where he planted an indigenous Outeniqua Yellowwood tree at the new wildlife rehabilitation centre near Port Elizabeth in the Eastern Cape.

Shamwari’s existing rehabilitation centre is considered as one of the best and most successful in South Africa, so much so that animals from other reserves are sent there for treatment or protection from poaching.

The new, purpose-built facility will expand the capabilities of the rehabilitation team, allowing it to treat and care for more sick and injured animals before releasing them back into the wild.

It will also serve as a conservation education centre where academics, researchers, guests, school groups and members of the community can learn about the practice and benefits of conservation.

Minister Hanekom says Shamwari’s 25-year conservation programme is an example of how tourism can fund projects to restore and protect the country’s indigenous fauna and flora, attract international investment and provide economic opportunities for rural communities.

Owners, the Investment Corporation Dubai, is investing US$25 million to upgrade Shamwari. In the first phase, two lodges, the flagship Eagles Crag and Riverdene Family Lodge, have been extensively refurbished.

CEO, Joe Cloete, says the investment is critical to ensure Shamwari remains one of the world’s premier wildlife experiences and can continue attracting revenue to fund its conservation programmes, with all their linked benefits.

Independent research conducted on socio-economic impacts has shown that compared to agriculture, wildlife conservation increases the benefits for local communities by 10% in terms of income and skills development.
The upgrade project includes new menus at the lodges. All the ingredients are procured from local suppliers. Chefs, kitchen and hospitality staff have all received extensive training.

“Successfully doing so brings not only the obvious economic gains but creates a virtuous cycle which encourages further investment in conservation of our natural heritage and making the destination even more attractive,” adds Hanekom.