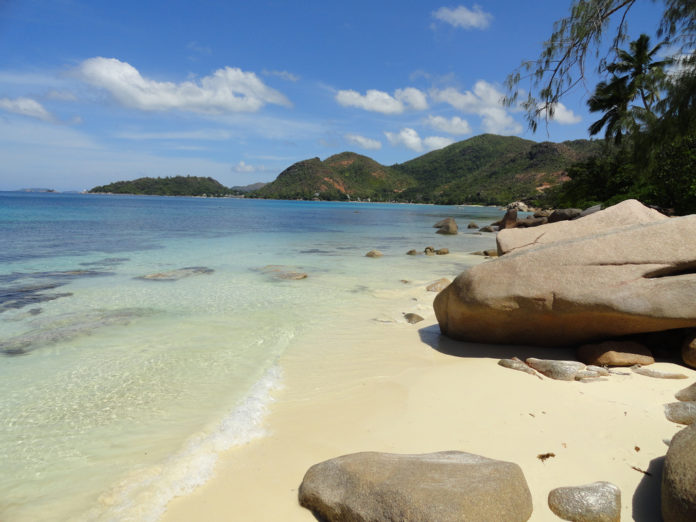 As part of its ongoing campaign to celebrate 35 years of life-changing journeys, Wilderness Safaris has introduced its next Travel with Purpose itinerary, The Noah’s Ark Project. This extraordinary conservation-focused journey will give guests the opportunity to explore the exclusive North Island in Seychelles from 24 to 28 September 2018, whilst actively taking part in a survey, capture and release of the rare, endemic Seychelles white-eye. All proceeds will go directly to The Noah’s Ark Project.

When North Island was abandoned in the 1970s following the collapse of the coconut industry, many unwanted, non-indigenous and intrusive species of flora and fauna remained behind. These unwanted elements threatened the island’s indigenous plants, decimated the bird life and dried up the marshland that is the lifeblood of the island. Wilderness Safaris assumed the challenge of taking the long road towards the restoration of North Island by introducing the Noah’s Ark rehabilitation programme which has played a pivotal role in the restoration and conservation of the island’s precious biodiversity over the past 21 years.

“Whilst the Noah’s Ark Project has been a tremendous success to date, restoring the island to its former glory and paving the way for the return of at least three indigenous and threatened bird species, there is still much to be done to ensure the ongoing preservation of the island. We are therefore thrilled to support Wilderness Safaris’ Travel with Purpose campaign by hosting this exclusive itinerary on North Island in order to raise funds for the Noah’s Ark Project”, says Bruce Simpson, North Island Managing Director.

The six-day journey will be led by a variety of experts, including conservation scientist, Dr Gérard Rocamora from Island Conservation Society and Dr Darren Pietersen from SAFRING, as well as North Island’s Conservation Coordinator, Tarryn Havemann, and Environmental Manager, Carl (CJ) Havemann. In addition to actively participating in a Seychelles white-eye survey, collecting data, setting up mist nets and then capturing and releasing the birds on Grand Soeur Island, guests will be able to observe the various other conservation initiatives that make up the island’s Noah’s Ark Project, including the island’s giant Aldabra tortoises, island rehabilitation programmes and monitoring the growth in nesting sea turtles.

“All funds raised from this itinerary will be directly channelled into specific initiatives that form part of the greater Noah’s Ark Project, such as the Seychelles magpie robin introduction, Seychelles white-eye relocation, marine conservation and genetic diversity introductions. As neither North Island nor Wilderness Safaris will receive any payment or mark-up from this trip, we are looking forward to hosting like-minded conservationists who realise the importance of protecting our planet’s pristine wilderness areas, which forms part of our core values”, added North Island’s General Manager, Jonathan Lithgow, who will be hosting this Travel with Purpose journey.

The Noah’s Ark Project is one of the most ambitious island rehabilitation programmes ever undertaken by a private company and a handful of NGO partners. An entire island ecosystem that was degraded and overrun with invasive plant and animal species was restored to its original natural abundance. In an ongoing project lasting 21 years, North Island has painstakingly removed alien plant and animals, planting over 100 000 indigenous seedlings from the island’s nursery, and bringing in indigenous fauna such as the Seychelles white-eye, one of the rarest birds in the world that has been saved from extinction.