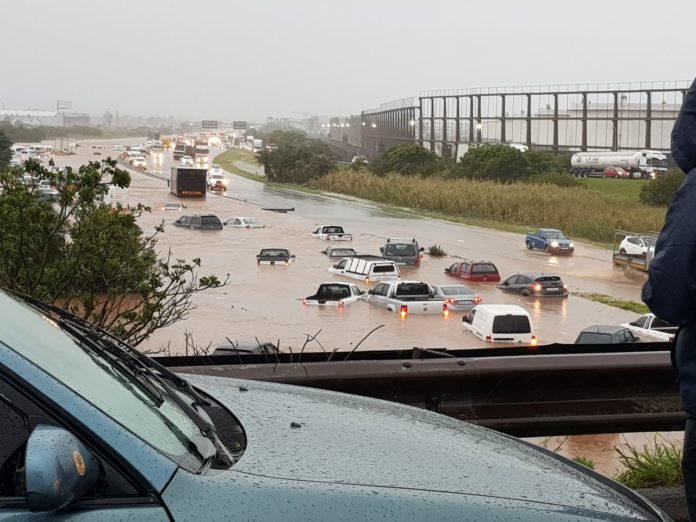 Severe thunderstorms, gusting winds, hail and heavy rainfall have hit KZN today. The South African Weather Service issued a warning of gale force winds between 70 and 90km per hour between Durban and Mozambique in the next 24 hours.

Flights have not been affected so far and no major delays have been experienced yet, according to spokesperson for King Shaka International Airport Collin Naidoo.

Meanwhile, the eThekwini Municipality has urged all residents in KZN to stay indoors until the storm passes. Residents are also cautioned against driving or walking anywhere for the duration of the storm.

The following video was posted across social media: