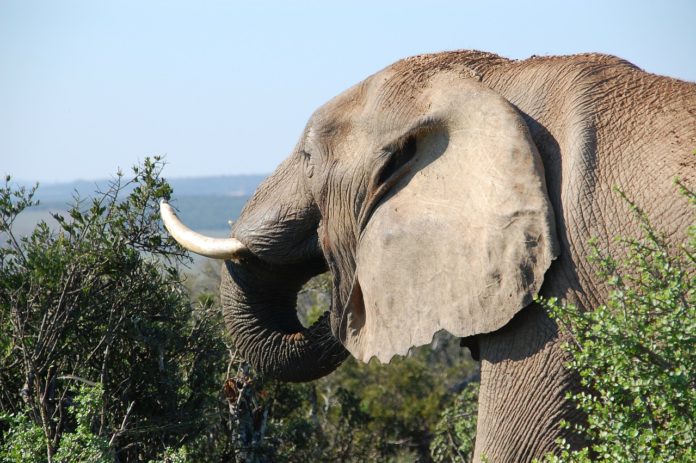 The UK Environment Secretary Michael Gove has confirmed that the UK will introduce a ban on ivory sales, as he set out plans to help protect elephants for future generations.

According to Gov.UK, the Government is publishing the response to its consultation on a UK ivory sales ban, and confirming robust measures that will be brought into force through primary legislation.

The ban will cover ivory items of all ages – not only those produced after a certain date. The maximum available penalty for breaching the ban will be an unlimited fine or up to five years in jail.

There were more than 70,000 responses to the consultation, with over 88 percent of responses in favour of the ban.

The number of elephants has declined by almost a third in the last decade and around 20,000 a year are still being slaughtered due to the global demand for ivory.

Ivory should never be seen as a commodity for financial gain or a status symbol, so we will introduce one of the world’s toughest bans on ivory sales to protect elephants for future generations.

The ban on ivory sales we will bring into law will reaffirm the UK’s global leadership on this critical issue, demonstrating our belief that the abhorrent ivory trade should become a thing of the past.

In line with the approach taken by other countries, including the United States and China, there will be certain narrowly-defined and carefully-targeted exemptions for items which do not contribute to the poaching of elephants.

The exemptions have been tightened since the Government published its proposals for consultation, but still provide balance to ensure people are not unfairly impacted:

Items with only a small amount of ivory in them. Such items must be comprised of less than 10% ivory by volume and have been made prior to 1947.
Musical instruments. These must have an ivory content of less than 20% and have been made prior to 1975 (when Asian elephants were added to CITES).
Rarest and most important items of their type. Such items must be at least 100 years old and their rarity and importance will be assessed by specialist institutions such as the UK’s most prestigious museums before exemption permits are issued. In addition, there will be a specific exemption for portrait miniatures painted on thin slivers of ivory and which are at least 100 years old.
Museums. Commercial activities to, and between, museums which are accredited by Arts Council England, the Welsh Government, Museums and Galleries Scotland or the Northern Ireland Museums Council in the UK, or the International Council of Museums for museums outside the UK.

By covering ivory items of all ages and adopting these narrow exemptions, the UK’s ban will be one of the toughest in the world. The US federal ban exempts all items older than 100 years as well as items with up to 50% ivory content. The Chinese ban exempts ivory “relics”, without setting a date before which these must have been produced.

The UK is already showing global leadership in the international fight against the illegal ivory trade, and at a recent European Environment Council called for EU member states to follow the Government’s lead and ban commercial trade in raw ivory – which is already banned in the UK – within the EU as soon as possible.

A ban on ivory sales in the UK would build on government work both at home and overseas to tackle poaching and the illegal ivory trade. The UK military is training African park rangers in proven poacher interception techniques in key African countries, and Border Force officers share their expertise in identifying smuggled ivory with counterparts worldwide to stop wildlife trafficking.

We are delighted that the Government has listened to our concerns and given the overwhelming public response to their consultation is now moving decisively to introduce tough legislation to ban the trade in ivory in the UK.

The narrowly defined exemptions are pragmatic. The ban will ensure there is no value for modern day ivory and the tusks of recently poached elephants cannot enter the UK market. We welcome the fact that Ministers are sending such a clear message to the world that the illegal wildlife trade will not be tolerated and every effort will be made to halt the shocking decline in Africa’s elephant population in recent years.

Around 55 African elephants are killed for their ivory a day, their tusks turned into carvings and trinkets. This ban makes the UK a global leader in tackling this bloody trade and it’s something WWF has been fighting hard for.

But if we want to stop the poaching of this majestic animal, we need global action. We hope the UK will continue to press countries where the biggest ivory markets are, most of which are in Asia, to shut down their trade too.

Legal domestic ivory markets are intrinsically linked to the illegal ivory trade that is driving the current poaching crisis. With almost 20,000 elephants poached in the last year, it is vital that countries take significant steps such as those outlined by the UK government today to close their markets and help make the trade in ivory a thing of the past. No one in the UK today would dream of wearing a tiger-skin coat. Thanks to this move, in a few years’ time we believe the same will be true for the trade in ivory.

This is a significant day for the future of elephants. The UK government has taken a momentous step. The proposed ban, with its narrow and clear exemptions, places the UK at the forefront of the international determination to halt the extermination of elephant populations by banning trade in ivory. The Secretary of State for DEFRA has shown clear leadership in demanding legislation whilst there is still time to secure a future for elephants in the wild.

The end of the ivory trade in the UK removes any hiding place for the trade in illegal ivory, and sends a powerful message to the world that ivory will no longer be valued as a commodity. Ivory belongs on an elephant and when the buying stops the killing will stop.

As profits become ever greater, the illegal wildlife trade has become a transnational organised enterprise, estimated to be worth up to £17 billion a year.

The further decline of elephants would also deprive some of the poorest countries in the world of their valuable natural capital, affecting economic growth and sustainable development.