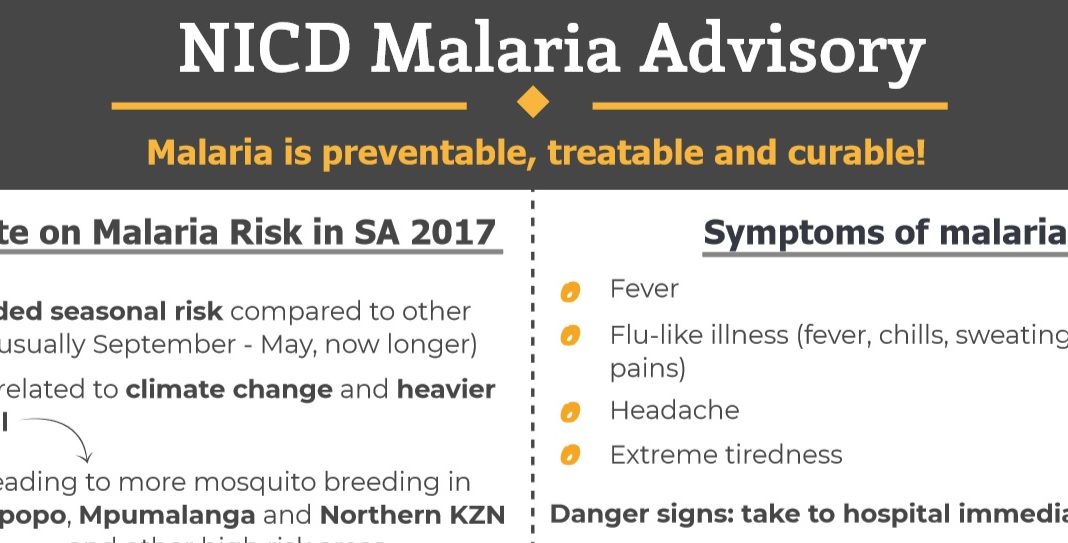 The National Institute for Communicable Diseases (NICD) released an advisory on Malaria risk in South Africa 2017.

According to an infographic released by the NICD, there is an extended seasonal risk in South Africa in 2017, when compared to other years, where the seasonal risk normally runs from September to May.

The likely cause of this has been attributed to climate change and higher than normal seasonal rainfall leading to mosquito’s breeding in Limpopo, Mpumalanga, Northern KZN and other high risk areas the NICD claims.

While there has been an increase in reported Malaria cases in 2017, the NICD says that early diagnosis and treatment remains vital to prevent death.

Jeanette Briedenhann
Jeanette Phillips joined the team in 2016. She developed a passion and love for all things-travel related in her role as travel journalist, a position she held for over seven years. A brief exodus into the corporate marketing sphere proved that there is no better industry than the travel industry. Research and writing are two of Jeanette’s greatest passions, but she is always open to new challenges and different ways of doing things.
Previous articleComplete rebuild for Belmond Savute Elephant Lodge
Next articleThe world’s leading Boutique Cruise is…Zambezi Queen