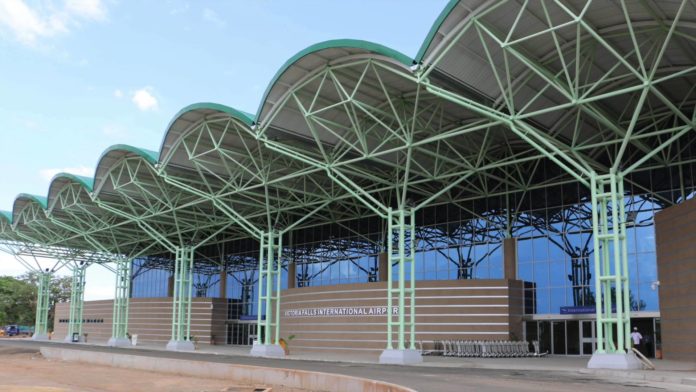 According to an article by Bulawayo 24 News, as traffic continues to grow with airlines jostling to introduce direct flights to Victoria Falls, the problem is worsening.

The article further states that this issue has become a major concern of airport authorities and innovative means of accommodating the ever increasing airline traffic are being sought.

Zimbabwe Immigration Department principal director Clemence Masango said immigration officials were having a torrid time containing traffic as the airport’s arrivals section was too small to contain the deluge of visitors.

The airport was refurbished at a cost of $150 million. The airport’s expansion began in February 2013 and was carried out by a Chinese firm China Jiangsu International Group through a concessionary loan by the China Export and Import Bank. It was commissioned in November 2016.

It had been expected to smoothly handle around 1, 5 million passengers annually up from 500 000, but is now struggling to contain the huge volume of traffic.

This comes after BA Comair is now operating larger aircraft on the Joburg-Vic Falls route, and over the coming months will be offering double daily flights on several days of the week.

The BA Comair daily schedule is operated by a B737-800 aircraft, which accommodates 162 passengers in a business and economy configuration. The airline is also licensed to operate these three additional services per week year-round as required, should there be demand.

South African Airways is operating an Airbus A330-200 with 222 seats, which is 88 seats more than their previous aircraft capacity.

In addition, Victoria Falls has new airlines servicing the destination, namely Ethiopian Airways and Kenya Airways, linking Victoria Falls to North and East Africa. Both airlines have their own hubs and networks for better connections and packaging.