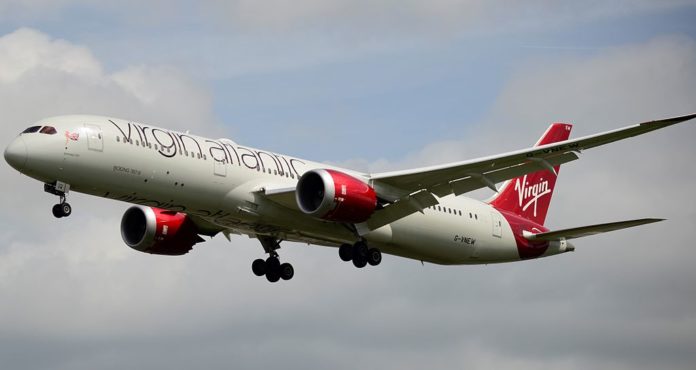 Virgin Atlantic has announced that it will introduce a second daily service between London Heathrow and Johannesburg’s OR Tambo airport, effective 28 October. The new flights will go on sale on 24th March 2018 and will be operated by Boeing787-9 offering the airline’s latest cabin interiors and inflight entertainment, as well as Wi-Fi on every flight.

With the introduction of the second flight, the airline expects to carry over 300,000 customers annually – helping to support tourism and trade between the two nations.

The additional daily flight will depart London Heathrow at 16h45 and arriving in Johannesburg at 05h40 local time. The service will be the first Heathrow flight to land each morning making it perfect for business travellers or those with onward connections to the rest of Africa. The return flight will leave Johannesburg at 22h20 landing back into Heathrow at 07h30. The route has been timed to enable customers to easily connect onto flights with Virgin Atlantic and Delta to over 200 US destinations, including Los Angeles and San Francisco.

Shai Weiss, Chief Commercial Officer at Virgin Atlantic, commented: “Virgin Atlantic has been proud to serve South Africa for over 20 years. Johannesburg is one of the most popular destinations on our network so we’re delighted to add a second daily service to create even more travel opportunities for our customers.

From Winter 2018 Virgin Atlantic will operate two flights per day to Johannesburg to make it even easier for customers to travel for business and leisure between the UK and South Africa – as well as creating additional cargo capacity for the route. “

Heathrow CEO John Holland-Kaye said: “We’re delighted to see Virgin Atlantic add another daily service to Johannesburg from Heathrow – strengthening Britain’s connections with one of Africa’s most important markets. The new Virgin flight will boost choice for our passengers and open up new opportunities for Britain’s exporters to trade with South Africa.”