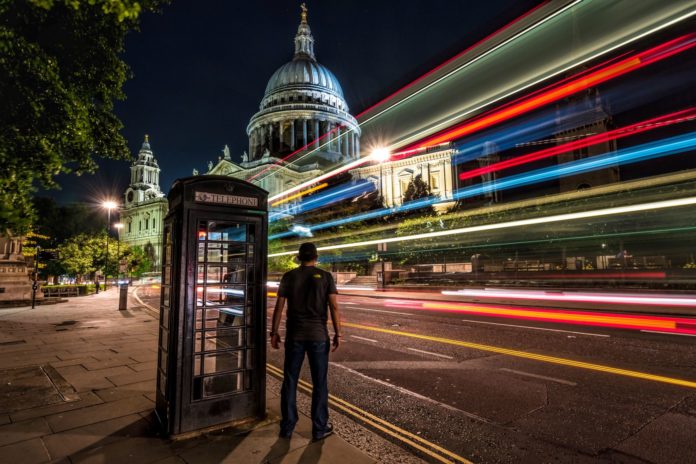 The first day of WTM Virtual pulled together Ministers, travel leaders, entrepreneurs, experts and researchers to discuss the future of the travel industry.

Starting with the UNWTO, WTTC and WTM Ministers’ Summit. Greater international coordination and a widespread antigen testing regime are the most important factors for restarting tourism according to industry leaders.

“Antigen is the solution, in our mind,” said Gloria Guevara, CEO of the World Travel and Tourism Council during a panel discussion entitled Leading the Way to Recovery, Rebuilding Confidence, on Monday of WTM Virtual.

Ministers agreed that the focus needed to shift from PCR tests to Antigen tests, which give rapid results and are cheaper to produce.

During the ITIC Tourism Investment Ministerial Panel innovation in crisis was the subject of the panel.

“What governments need to do is something different, some out of the box thinking,” he said.

According to Euromonitor International at WTM Virtual, creative new ideas in digital and sustainable technologies will help travel and tourism to rebound after the pandemic.

However, the industry has a chance to build a more sustainable, equitable future, said Caroline Bremner, Head of Travel Research at Euromonitor International.

“We have an amazing chance to reset and chart a better path forward,” she said on the first morning of WTM Virtual.

The report said global tourism arrivals will plunge by 57% in 2020 and the sector could take three to five years to recover, depending on the availability of a vaccine.

Meanwhile, Greece Press Conference presented by Greece’s Tourism Minister, Harry Theoharis detailed the swift actions of the Greek government to deal with the Covid-19 crisis and how these have helped the country’s tourism industry to remain resilient and prepare to bounce back in 2021.

“The Greek economy is faring better than average in Europe, as we went into lockdown quicker and stricter early on,” he said.

Greece re-opened to foreign tourists from 1 July and has seen more than 4.5 million overseas visitors this year.

Passenger routes could be determined by where the cargo is going: How aviation is reacting to the coronavirus pandemic

Ticket flexibility will overtake inflight entertainment or on-board dining as a key reason to choose a particular airline – while carriers may start prioritising destinations by where the cargo’s going rather than where people want to fly to, according to WTM Virtual.

Moderator, Euronews presenter, Damon Embling, invited a panel of experts to assess the lasting impacts on passenger behaviour as well as airline activity.

Virgin Atlantic Head of UK and Europe Sales, Rami El-Dahshan, said one of the changes brought about by COVID-19 will be “a complete mindset change” and an end to airlines putting on new routes, then waiting a while to see if the route becomes popular.

During the Israel, Bahrain and the United Arab Emirates Ministers’ Summit,tourism opportunities were discussed at WTM Virtual.

Ministers from Israel, Bahrain and the United Arab Emirates have discussed the peace enhancing tourism opportunities created by the signing of the Abraham Accords this September, which formally normalised relations between the countries.

Their remarks came in an online session entitled Tourism: The Path to Peace in the Middle East that was part of the UNWTO, WTTC and WTM Ministers’ Summit on Monday of this year’s WTM Virtual.

Already the first commercial flights between Israel and the UAE have taken place and a future 28 direct weekly passenger flights connecting Tel Aviv with Abu Dhabi and Dubai have been announced. There are expectations that tourism will lead the way in inter-country relations.

Meanwhile, in the WTM Virtual session entitled: How Does the Smaller World of Tourism Look to You, the UK’s Tourism Minister Nigel Huddleston has told the travel trade he’s happy to hear their views on how the industry can work its way through the COVID crisis, telling WTM Virtual: “All ideas are welcome.”

Nigel said inbound tourism has dropped by 90% but domestic tourism varied “massively” this year, with occupancy in some cities in “single digits or teens”, while destinations such as Devon and Cornwall at up to 90% in the summer.

Huddleston said a key priority is to get the inbound business and events industry up and running again. “Bringing in business travel hugely benefits tourism as well.”

A Global Travel Workforce, set up by the Government, will report into the Prime Minister shortly, with recommendations on how to get the sector up and running again.

As WTM Virtual has unveiled Saudi as its registration sponsor, as the kingdom prepares to launch an international brand campaign over the coming months.

Saudi Arabia sets out ambitious tourism plans with ‘giga’ projects. Saudi Arabia hopes to attract more travellers from around the world with a series of ‘giga projects’ that will add to its wide range of tourism offerings.

The kingdom will open up to overseas travellers again in early 2021 and boasts six international airports with access to three continents within a few hours’ flight time.

Matteo Prato, consultant for STA, said a host of ‘giga projects’ were being developed, including the desert tombs of Al Ula and Diriyah Gate, a multibillion-dollar cultural and heritage development.

Prato said e-visas are available for 49 nationalities and the ‘abaya’ traditional dress for women is not required for overseas visitors.

Tourism is a key pillar in ‘Vision 2030’ – an ambitious strategy to diversify the economy of Saudi and develop other sectors.

Indonesia sets out post-Covid recovery plan. The country has told WTM Virtual that it is “resilient and optimisitic” as it prepares to welcome back visitors.

Kicking off WTM Virtual’s programme of Destination Briefings, Nia Niscaya, Deputy Minister for Marketing at Indonesia’s Ministry of Tourism and Creative Economy, outlined the new protocols the country has introduced to ensure it is Covid-safe.

The InDOnesiaCARE campaign for Cleanliness, Health, Safety, and Environmental Sustainability (CHSE) is being rolled out across the tourism sector.

Minister Niscaya said tourism contributes 4% of the country’s GDP, equivalent to US $16.9 billion. She added that, in order to ease the regulation for visitors entering Indonesia, an e-visa has been launched.

About 52% of consumers surveyed for YouGov’s Vacation Dreams report said they would travel next year but only about 27% were considering overseas trips.

“It’s the younger generation that wants to travel first, so it is important to think about how to market.

“They use social media differently and they are looking for low-cost carriers and cheap hotels.

“Compare that with babyboomers – what drives them is value for money, temperature, outstanding natural beauty and the fact they have been [to a destination] before and like it.”

She said there were differences in attitudes to sustainable travel, with Gen Z and millennial consumers considering themselves as responsible travellers.

“The intent to travel is still there for 2021, people are longing to get back on the road.”

The Irish tourist board has also seen positive reactions from residents who took a holiday at home this year, so there may well be more staycations in 2021.

He said the key trend is “wholesome reconnection” which will see travellers choose destinations close to home, such as the UK, as they reconnect with friends and family when borders re-open.

The German National Tourist Board is also seeing recovering numbers from neighbouring countries while prospects for long-haul travel are still very weak.

Matthias Hickl, Director Business Intelligence at the German tourist body, said he had to react swiftly to rapid changes in consumer sentiment as traditional market research could go out of date quickly, so analysed other sources of data such as flight statistics.

YouGov’s Vacation Dreams report showed Canada and New Zealand performed particularly well in terms of awareness and ‘buzz’, notably with the latter thanks to its long Covid-19-free status.

But Stewart noted changing fortunes for destinations, according to factors such as the ease of travel and coverage of the Covid situation.

Looking at trends in luxury travel, the report said most affluent travellers around the world think they can ride out a recession.

It said Gen Z and millennial travellers were the least confident in their ability to ride out a recession but Gen Z were the most eager to travel soon.